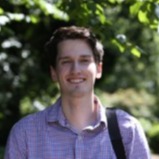 As of September, 2020, people have locked up $10 billion worth of cryptocurrency in DeFi smart contracts, either through loans or by providing liquidity to exchanges. The market is booming: In June, just a few months ago, roughly $1 billion was locked in DeFi smart contracts. This $9 billion rise is responsible for the bull run in the summer of 2020: All of the major coins, including Bitcoin and Ethereum, soared in value, and daily trading volumes hit all-time highs.

DeFi took off because it provides new ways to put cryptocurrency to work. Instead of simply holding your ethereum in a wallet and praying that the price will go up, you could lend out your cryptocurrency on DeFi lending protocols or earn money from providing liquidity to decentralized exchanges—putting money in its coffers to facilitate exchanges.

These types of protocols, which almost exclusively live on the Ethereum blockchain, have been around for a year or so. But in late June, they started to reward users with extra cryptocurrency tokens. Lending protocol Compound led the charge. Both borrowers and lenders are now rewarded with $COMP, a so-called governance token; for lenders, that’s in addition to interest earned from lending.

The practise of vacuuming up all these governance tokens, known as “yield farming,” sounds great, but the value of governance tokens is volatile, the protocols are often unaudited, and their creators anonymous. any believe that the market is a bubble—that although the risks are considerable, the technology is here to stay.

How does DeFi work?

There are hundreds of DeFi protocols, but those that fall under the DeFi umbrella contain the following features:

First, they are, as the name suggests, decentralized. This means that they are run by the community—or at least claim to be working toward this model. Community-led projects are, in theory, not run by a single team and have no headquarters (though in practise this is much more difficult). Its community can vote on proposals to upgrade the network by staking those so-called governance tokens—the tokens earned from using the protocol that are also held for speculative purposes.

Second, they are non-custodial, meaning that nobody, not even the protocol’s creators, has access to your money. This distinguishes DeFi from regular finance; a bank, for instance, controls all of its customers’ deposits.

Though the market is very new, investors have already settled on a few major protocols.

One of the most popular types of protocols is a decentralized exchange. Instead of a regular cryptocurrency exchange, which has an orderbook and facilitates trades between users, the most popular DeFi decentralized exchanges use a big pool of money, funded by users, that facilitates easy trades. Uniswap is the biggest protocol on DeFi, with around $2 billion locked up in its smart contracts. Similar protocols include Curve, SushiSwap, and Balancer.

Another is non-custodial lending protocols. Instead of a bank, which takes your money, lends it out to its customers, and then rewards you with interest, decentralized lending protocols don’t rescind your control over your money. Since they’re just… protocols, the fees are generally lower and the interest rates can be higher.

The final type of DeFi protocol is synthetic assets. Since it’s not possible to, say, lend out dollars or pounds on DeFi’s lending protocols, the crypto community has long used synthetic assets, like a cryptocurrency token pegged to the US dollar.

But so-called centralized stablecoins, such as USDC, Tether, or TrueUSD, are run by companies that promise that their reserves are fully backed by the US dollar. DeFi stablecoins remove the need for trust and instead program their coins to always maintain a stable peg. Popular US dollar ones include Maker’s DAI and Synthetix’s sUSD. The space extends beyond decentralized fiat currencies: Some protocols offer synthetic stocks or gold.

How do people in DeFi make money?

There are a few ways to make money on DeFi. The first is to lend out your crypto; the second is to earn fees from decentralized exchanges; the third is to earn governance tokens and play the “yield farming” game; and the fourth is to hold DeFi tokens for speculative purposes or simply hold exposure to blockchains that house DeFi protocols.

Almost all of these protocols live on Ethereum at the moment, but lots of other blockchains, including Binance Smart Chain, Polkadot, TRON, EOS, and Huobi Chain are working on bringing DeFi to their blockchains.

The most lucrative part of DeFi this summer has been yield farming. Many of these governance tokens have skyrocketed in value. $YFI, the governance token that powers yearn.finance, hit $41,464 in the middle of September. (Just 30,000 tokens were ever minted, and they’ve all been farmed).

Deciding which token to farm is a bet on the future of the protocol. If you think that Uniswap’s governance token, $UNI, will take off, you could invest your money into its liquidity pools to earn it in addition to earning fees. You could also buy it on secondary markets and hold it as a speculative asset. However, if you think that $COMP still has life in it yet, and Uniswap is for suckers, you might put your money in there instead.

Remember: these governance tokens are rewarded for no extra effort, and in addition to fees offered by the protocol. Don’t know which token to yield farm? Yield aggregators like yearn.finance, also known as yEarn, take the hassle out of the equation and simply cart off your cryptocurrency to whichever protocol offers the highest yield at the time.

Many people think that the market will collapse and that the practise of yield farming, which at some points returned yields of 1000+% APY (of course, that depends on the value of the highly-volatile token), is unsustainable. Michael Gord, co-founder of trading firm Global Digital Assets, told Coindesk in August that “DeFi long term will revolutionize finance, but this short-term bubble is bound to pop eventually, in my opinion.”

The market also comes with considerable risk. These smart contracts are often unaudited, meaning that professionals haven’t checked the code. People discover vulnerabilities that show how the team has lots of control. Hacks are also common, and occasionally, the developers of these protocols, who often remain anonymous, run away with the money. Make sure to do your research, and try to stick to established protocols or those that have undergone audits.

Finally, to play the DeFi game, remember that most of these protocols are housed on the Ethereum blockchain. To play along, you must either buy ethereum (like using WealthSimple), or a token that lives on Ethereum, and store it in a wallet. You can also use bitcoin—but you’ll have to port it to Ethereum using Wrapped BTC, or wBTC, which gives you an Ethereum-based version of bitcoin.

What is quantitative easing?

Learn how the Central Bank introduces large amounts of new cash into the financial system through quantitative easing.

A beneficiary is a legal term to describe someone who is the recipient of something, be it money or property.