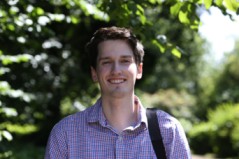 It’s possible to use your computer to generate cyptocurrencies, like Bitcoin. It’s a power-hungry process, but it could become a source of income. Here’s how it works.

Though cryptocurrencies are still in their infancy—bitcoin was initially released in 2008—they now form an important part of global finance. But what are they, and how do they work?

Put simply, cryptocurrencies are digital forms of money that run on a ledger, called a blockchain. The blockchain records transactions between users of the cryptocurrency; the Bitcoin blockchain, for instance, tracks payments made using Bitcoin.

Breaking the phrase down, the “block” relates to a group of transactions which, once validated by computers spread across the world, are ‘chained’ together with other blocks to form the complete blockchain ledger—the blockchain.

But how are “blocks” validated? By bitcoin mining: a process whereby computers race to solve complex computer puzzles as a means to producing the key that will validate the transactions that occur in the block.

Wealthsimple Invest is automated way to grow your money like the worlds most sophisticated investors. Get started and we'll build you a personalized investment portfolio in a matter of minutes.

What is bitcoin mining?

Producing the key that validates cryptographically secure bitcoin blocks is exceptionally difficult, and computers must compete to generate a certain number.

It can take computers in the bitcoin network over a billion attempts to find the right number, and the only way to find it is by trying every possible number up to and including it.

Computers involved in finding this number are calls “miners.” When a bitcoin miner finds that special number, it is rewarded with a certain amount of bitcoin. This reward provides the incentive for bitcoin mining.

The process that validates the work done by bitcoin miners is called “proof of work.” Effectively, the intensive process required to validate blocks requires a certain amount of work to be done by the computer, both through electrical energy and computational solving power. In the event of a conflict between two different blocks, bitcoin defaults to the block that has required the most effort, as it considers this to be the most trustworthy.

There is an alternative system to proof of work called “proof of stake.” The bitcoin blockchain doesn’t use this, but other blockchains, like Algorand and Tezos, do. In “proof of stake,” users put forward a stake of the cryptocurrency they hold, and are selected by an algorithm to process a transaction, collecting a transaction fee when they do so. The larger the stake, the more likely the person is to be selected to validate a transaction. Some of the stake is lost if the validator is found to have processed a fraudulent transaction.

In most countries—especially in western Europe and North America, where bitcoin mining has some legal recognition—the answer is yes: Bitcoin mining is legal. A lot of cryptocurrency mining happens in China—electricity is cheaper there. Until recently, the Chinese government actively discouraged the mining industry. But a recent government report recommending businesses that should be discouraged did not—unlike previous reports—mention cryptocurrency mining, suggesting that the Chinese government has indeed given bitcoin mining the all-clear.

Though governments may sanction mining more generally, some people mine bitcoin illegally, by hacking other people’s computers or using other people’s electricity. In addition, it’s risky to mine in a country where bitcoin has a contentious legal status, such as in Russia.

Profitable Bitcoin mining isn’t easy. Mining can be profitable, but larger investments see more rapid and greater returns. Still, take care before you spend beyond your means. You should make sure you are financially stable before investing, as costs can easily pile up, and you don’t want your bitcoin mining habit to eat into your living expenses. Always make sure you have money saved for a rainy day, as that is more important than any investment you can make. Finally, understand that the price of Bitcoin can fluctuate quite a lot, meaning that profits aren’t guaranteed.

How to mine bitcoin

Most people will want to start with buying a basic ‘mining rig’: a computer specially designed to mine bitcoin. Unfortunately, your standard desktop or laptop simply won’t cut it anymore. The bitcoin algorithm has become harder to crack over the years as competition has increased, so specialized machinery is now needed to profitably mine bitcoin. There is a useful calculator here that you can use to determine if your rig will be profitable or not.

Specialized miners aren’t cheap: to provide an indication, a standard option like the DragonX Antminer S9 costs $489. This is no small investment, as without careful management of the miner, you won’t see a profit. And since producing the necessary validation for each block requires lots of computational power, it also requires a lot of electricity—miners worldwide spend $4 billion on energy alone each year. If you’d like to buy a Bitcoin mining rig, here are a few factors that go into choosing the best Bitcoin miner. Here’s what to look out for:

Hash rate: In order for a block to be solved, a very high number of hashes needs to be processed. The higher this rate, the more powerful the miner.

Efficiency: This is how much energy the miner uses when it is processing these hashes. Comparing the hash rate to the amount of energy consumed can give you a decent handle on just how profitable a mining rig will be. Aim for a high value miner that will convert a high number of hashes relative to the energy consumed.

Price: Mining bitcoin should be viewed as an investment that requires a certain amount of startup cash to enter the market. Don’t stretch yourself, and only buy a miner that’s in your price range. The more expensive the miner, the longer it might take to turn a profit.

As you might have noticed, the efficiency of each miner increases as you go up in price. You’ll need to keep this in mind when you decide to invest, as a more expensive rig may be more profitable in the long term. Additionally, as the hash rate increases, older rigs might not be powerful enough to keep turning a profit.

As you look further into bitcoin mining, you will no doubt notice how the industry is dominated by China. This is due to the low cost of electricity in China, which makes the mining more profitable by reducing overheads. Iceland is another example of a country with low electricity costs. Make sure you know the cost of your electricity before committing to mining, as your operation could be dead in the water if electricity is too expensive.

Additionally, you have to make sure that the electricity you generate is constant. Many have tried to power bitcoin miners with solar panels, but one of the main issues here is that, obviously, solar panels can only charge the bitcoin miners for half of the day. This, correspondingly, makes the process half as efficient.

High barriers to entry have led to the creation of bitcoin mining pools, where miners ‘pool’ their computing power together. When one of the miners in the pools wins a mining reward, it’s split amongst the pool proportionate to the computing effort that miners contributed to solving the problem.

If you’re looking to get started at mining, these pools might be your best bet, because they don’t require you to invest in the top miners straight away. Some mining pools don’t require you to invest at all; instead, you can rent miners through the cloud, and keep any profits for yourself. There are now dozens of pools working on mining bitcoin. BTC.com, a mining pool based in China, is the biggest in the world, accounting for between 15-25% of all blocks processed. Slush, based in the Czech Republic, is one of the largest European pools, processing about 10% of all blocks.

People with large amounts of money to invest in mining often build bitcoin mining farms. These farms are usually rooms full of computers specially built for bitcoin mining. These special computers, called ASIC miners, maximize the computing power needed to solve complex puzzles, meaning they can process blocks quickly. The quicker a miner can process blocks, the more bitcoin it will generate. Particularly because bitcoin mining is so competitive, it pays to splash out.

These farms, usually large warehouses, can contain hundreds or even thousands of bitcoin miners. They’re usually located in cold, dry countries, because the cold air serves as a natural coolant, and saves money on electricity. Indeed, one of the big issues facing these farms is the need for cheap, 24/7 electricity. This is why a lot of farms are located in mountainous regions of China—it’s cold, and electricity is cheap.

Bitcoin mining can be a hard industry to turn a profit in without serious investment, and may just be a hobby for you unless you have significant capital to invest. The truly efficient rigs are expensive, and smaller ones may be unprofitable due to the cost of electricity. Make sure you do your research before you invest, as it is all too easy to make mistakes while getting caught up in the hype of cryptocurrencies. The key to long-term profits is expensive rigs and cheap electricity: Don’t expect a significant return otherwise.

Like the sound of mining, but don’t want to fill your lungs with coal? Try Bitcoin mining instead.

What’s inflation and how does it affect your purchasing power?

Inflation decreases the value of a dollar.