What is the Pooled Registered Pension Plan (PRPP)? 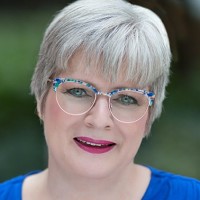 Lisa MacColl is a writer, investor and former compliance consultant in the group retirement and individual wealth management fields. Lisa has written about personal finance for 14 years and currently writes about investing and investment providers for Wealthsimple. Lisa's past work has been published in Canadian Money Saver, Advisor’s Edge, CBC, and CreditCards.ca. She was a nominee for the 2015 Oktoberfest Women of the Year, Professional Category. Lisa holds an M.A. and B.A. from the Wilfrid Laurier University.

In Canada, many small and medium-sized companies do not offer any form of retirement benefit to their employees. In 2012, the federal government introduced the Pooled Registered Pension Plan as a way of helping those employees save for retirement.

PRPP is similar to a Defined Contribution (also known as a money purchase) Registered Pension Plan as far as rules around contribution limits, eligibility to join, and when an employee can access the funds. It is different because employer contributions are voluntary.

These plans are governed by the Office of the Superintendent of Financial Institutions (OSFI) in legislation called the Pooled Registered Pension Plan Act. In order for a province to offer PRPP to its residents, that province has to have an agreement with OSFI.

When it comes to retirement planning, the sooner you start, the more time your money has to grow. In just five minutes we’ll build a personalized investment portfolio to help meet your retirement goals. Click here to get started.

In order to be eligible for a PRPP, your employer must not offer a retirement benefit, or you must be of a class of employee who doesn’t qualify. You also qualify if you live in one of the provinces who has established a multilateral agreement with OSFI, Nunavut or the territories and are self-employed.

If your employer chooses to offer a PRPP, they decide what class of employee is eligible to join, for example, salaried, full-time, unionized or non-unionized, part-time, managers and supervisors etc. If you fit the eligible class of member, you will be automatically enrolled in the PRPP. You have 60 days after your membership begins to notify your employer in writing if you would like to terminate. If you are choosing to terminate membership in the plan due to religious beliefs, you can terminate at any time. After that, you cannot terminate membership as long as you are working for the employer, and the employer continues to offer the plan.

Employers cannot deduct and remit contributions on your behalf until after the 60 day opt-out period expires.

Employers must contract with an administrator who has been approved by OSFI. The administrator takes care of all the details of the plan. The employer’s only role is to set up the plan, advise employees and deduct and remit contributions. In Canada, there are only 4 PRPP available at this time. They are offered by:

The maximum a person can contribute to a PRPP is an amount equal to their RRSP contribution limit for the year. Any contributions made to a PRPP will be deducted from the amount they can contribute to their RRSP or spousal RRSP in the same year. It’s up to the employee to track that information. RRSP contribution limits are included with your Notice of Assessment that Canada Revenue Agency (CRA) sends out when you file your taxes. You can also check online if you have an account with CRA.

If you over-contribute by less than $2000, you won’t be allowed to use the excess contributions to offset your taxes owing, but you will not be subject to a penalty. If you overcontribute by more than $2000, you will face a penalty of 1% of the excess amount for each month the funds remain in the account. To calculate the penalty and remove the funds, you will need to complete a form T3012A “Tax Deduction Waiver on the Refund of your Unused RRSP, PRPP, or SPP Contributions from your RRSP” which asks CRA to waive the taxes that would normally be withheld on a withdrawal.

PRPP are considered pension plans, so they follow pension plan rules for things like access to funds. Normally, you cannot access the funds until you are within 10 years of normal retirement age. There are some exceptions for things like small balances, shortened life expectancy or if you become a non-resident of Canada.

If you terminate employment, or your employer stops offering the PRPP, you can transfer your funds out of the plan, but they must remain locked in.

OSFI has member guide books for employees who live in the territories, and for each of the provinces that currently have PRPP.

Done with being a working stiff and ready to let loose as a spry young retiree? We've got your guide to retiring early. Really early.

Mind in knots over the tax implications of withdrawing your RRIF? We've got you covered.

Can I have money in US and Canadian retirement plans at the same time?

Yes. But it’s a yes with caveats.

The simple way to save for retirement