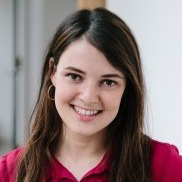 How to buy Samsung stock

Becoming a Samsung investor is a bit tougher than buying a stock in a US company. It’s certainly doable, so read on and we’ll explain how.

What to Know About Mutual Fund (DSC) Fees?

While some people may not realize this, mutual funds are run just like any other business. Since it costs money to run a mutual fund, investors pay for it through a number of fees.

A stock ticker is a common investment term, but it can be confusing for those new to the scene.