What Students Should Know About Their T2202 Form 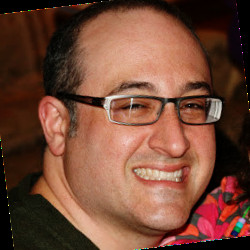 Warren Orlans is an experienced taxation and financial services writer with 10-years' experience working in the Canada Revenue Agency's collections department, learning, teaching, and helping taxpayers. Warren has an MBA from Lansbridge University and a Spec Hols Degree from York University.

Every year, around the third week of February, students at designated educational institutions (the government has a list of them here) typically receive something called a Tuition and Enrolment Certificate, or a T2202. Now, not everyone gets these things. You will receive a T2202 only if you’ve paid more than $100 in eligible education fees. Before you start adding up the cost of every uni T-shirt and beer run, however, the phrase “eligible expenses” is pretty limited. Think tuition and textbooks, rather than parking passes and meal plans. Your T2202 will show you the qualifying fees you paid in the previous calendar year (as opposed to the academic year). The higher the number, the higher the dedication you get to take on your taxes!

Things get a little more complicated for international students, students receiving scholarships or other awards, or those who wish to transfer their tax credits to family members. For more detailed information on T2202s, particularly on those cases, keep reading.

Wealthsimple Tax is a simple way to file your taxes. File your return with confidence it’s done right, and pay what you want—there’s no catch.

Who should prepare the T2202 form?

T2202 forms are meant for students who have paid more than $100 in eligible fees for courses beginning and ending in a particular calendar year.

A few important things to keep in mind: According to the CRA**,** students may not combine receipts from institutions in order to meet or exceed the $100 minimum eligible amount. And some students might receive a T4A form rather than, or in addition, to a T2202. T4As are also provided to students in order to report scholarships, awards, or other income which was provided to the student. T4As are reported on the T1 General as income (excluding scholarships for full-time students).

What if I’m an international student?

International students studying in Canada, who have to file an income tax return due to residency or due to earning income in Canada, are able to use form T2202 to reduce any taxes they owe.

Residency determines whether or not you’re required to file a Canadian tax return, so it’s important to describe the requirements associated with each status.

Residency is based on possessing certain ties with Canada, which include:

Other ties that may be considered by the CRA include:

International students who have not established significant residential ties with Canada may be considered deemed residents if the following conditions have been met:

Residents and deemed residents of Canada should follow the filing requirements for residents: filing a T1 personal income tax return, meaning you would be eligible for other government benefits, such as the GST/HST credit, tuition carry-forward credits, and other provincial credits or tuition rebates.

Non-residents of Canada have not established significant residential ties with Canada.

Deemed non-residents of Canada International students who have established significant residential ties with Canada and are residents of another country — that Canada has a tax treaty with — may be deemed a non-resident of Canada.

No, it was not. At least not federally. The “education and textbook amount” (which was a credit based on the number of months you were in school) was eliminated by the federal government, but the tuition amount (which is based on how much tuition you actually paid) has not been eliminated. However, you might be thinking of some provinces. Ontario, Saskatchewan, and Alberta recently eliminated the provincial equivalent of this credit.

Can I just skip filing my return?

Of course not. That’s illegal. Plus, when you file a tax return with the Canadian government, the CRA uses your information to apply other tax benefits that you’re eligible for, such as the Canada Workers Benefit.

You should receive, or be able to download, a copy of your T2202 around the third week of February for the tuition and eligible fees paid in the preceding calendar year. The official deadline for issuing these forms is the last day of February.

Are all tuition and related fees tax deductible?

It is very unlikely that the figures on your T2202 will match the amounts you paid for tuition. Not all tuition and related fees paid are tax deductible. For example, fees spent on parking, meal plans, residences, and other administrative expenses cannot be claimed.

Keep in mind that the T2202 is based on the tax year (January to December) and not the school year, so figures on the T2202 might not match up as expected. Additionally, the student must be at least 16 years old by the end of the year in order to receive a T2202.

How do I deal with transferring tuition tax credits?

Educational institutions prepare T2202s in the name of the student enrolled in eligible programs at their institution. Students must claim the amounts paid on their own personal tax returns until the federal tax payable has been reduced to zero (in other words, until they no longer owe any taxes to the CRA).

Note: Only the current year tuition amount — up to $5,000 — is eligible to be transferred. Prior-year tuition credits, however, can only be carried forward.

If you receive a T2202, make sure to keep a copy of it for at least 6 years. The CRA may request documentation.

The first thing you will have to do is to claim your current year’s federal tuition fees, applicable provincial and territorial tuition, and education and textbook amounts on your personal income tax return, even if someone else paid your fees.

That amount is equal to the amount of credit required to reduce any taxes that you may owe, and the calculation required to come to this amount is included on the CRA form Schedule 11.

The CRA recommends that you file your personal tax return (T1) and Schedule 11, even if you have no tax to pay or if you are transferring part of your current year’s federal tuition fees, or applicable provincial and territorial tuition, education and textbook amounts, so that they can update your tax account with the amount of unused credits available to be carried forward to future years.

If, however, you are transferring an amount to a designated individual, only transfer the amount this person can use. This way, you can carry forward as much as possible to use in a future year when you need it to reduce an amount owed.

How do I complete a Schedule 11?

A Schedule 11 form must be filled out in the following manner:

Line 1: Enter any unused federal tuition, education, and textbook amounts. This information can be found on your previous year tax return or on a Notice of Assessment, sent to you by the CRA.

Line 10: Total tuition, education, and textbook amounts. This amount is entered into your personal tax return on line 32300 of Schedule 1.

Lines 11 to 18 are used to transfer or carry forward unused current-year amounts.

Lines 11 to 13 and Line 18 must be completed for any unused current-year amounts that are not being transferred to another individual.

Students who are transferring an amount to another individual must complete the appropriate area of your tax certificate at the bottom of the T2202.

Get started for free

Everything you need to know about the T4

We'll tell you everything you need to know about the T4 slip you'll need once tax season comes around.

Things to Know About Your Notice of Assessment

By Luisa Rollenhagen and Lisa MacColl

A Notice of Assessment is an important document that tells you how much you owe on your taxes, how much you’re being refunded, and more.

What is the Vancouver property tax

If you are a first time property owner in Vancouver, BC, you may be wondering if and how property tax applies to you. Here's what you need to know.