What Inflation Is, and How to Measure It 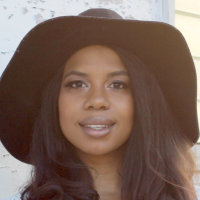 Aja McClanahan is a personal finance writer who has a story of getting out of over $120,000 in debt. She's been featured in Yahoo! Finance, MarketWatch, U.S. News and World Report, Kiplinger and has written for publications like Business Insider, Credit Karma, Inc., and many others. Aja writes about investing and personal finance for Wealthsimple. In her spare time, she manages her own investment portfolios for herself, husband, and two kids. Aja double majored in Spanish and Economics and holds a Bachelor of Arts degree from University of Illinois at Urbana-Champaign.

Inflation can affect the price of goods and services, wages, borrowing money and even the prices of certain securities like stocks and bonds. If you understand what causes inflation and how it works in the big picture of both your finances and the economy, you can understand how to prepare for inflationary pressures on your own money and the economy at large.

An increase in prices coupled with a decrease in the purchasing power of money.

An economic force that can affect individuals and entire economies alike, inflation is a phenomenon whereby the value of money is eroded over time causing prices to increase across many industries and sectors.

When prices increase, your dollars don’t go as far as they used to. For example, if you save $10,000 in the bank over a long period of time, you will find that after a while, that $10,000 will not buy as much after time has elapsed.

When it comes to retirement planning, the sooner you start, the more time your money has to grow. In just five minutes we’ll build a personalized investment portfolio to help meet your retirement goals. Click here to get started.

Think about someone who had $10,000 in the bank in the 1920s versus $10,000 in the bank at the present time. Who’s money would go further? That $10,000 from the 20s will buy more than it would today because prices on most goods and services today are much higher than prices from decades ago.

If you’ve ever listened to your grandparents or anyone older for that matter, you may have heard tales of yesteryear when things were incredibly inexpensive. Penny candy was the norm and nickelodeon theaters charged a nickel for admission. Consequently, wages were also much less then. In fact, earning just a few dollars a week was not uncommon for people living in the developed world.

Inflation is caused by a number of events that range from an increased money supply in the economy to a rapid expansion of the economy. In the United States, the Federal Reserve is the quasi-governmental body that attempts to regulate economic forces like inflation.

In some cases, they may adjust interest rates when the economy seems to be growing too fast. In other cases, they may choose to restrict the money supply to help control inflation.

In a nutshell, economists believe that these events can cause inflation:

Inflation rates vary from country to country. Even within countries, inflation rates can vary based on region, too. In some places, prices tend to rise faster than others—mainly due to how rapidly a local economy is expanding. If there is an economic boom (or downturn) in a particular area, things like housing prices, rents, the cost of borrowing money, and other goods and services will be affected. When these prices increase, you can blame inflation.

Inflation rates are expressed as percentages and can be used to measure just how fast prices are rising and how fast your money is losing value. For example, if you have $10,000 in the bank earning just 1% in interest each year while inflation rates are 2% per year, then your money is actually losing value at the rate of 1% per year (1% minus 2%.)

According to the CIA factbook, the inflation rate for the United States, as of 2017, was 2.10%. In Canada, it was 1.6% and 1.5% for the European Union. In some countries, inflation rates can actually be negative, which indicates that prices are falling. In stable, developed nations, a 1%-2% inflation rate is average.

How inflation is measured

Inflation is measured by a percentage increase in prices. Typically, economists don’t look at inflation on goods and services on an individual basis. The most common way to track inflation is the Consumer Price Index or CPI.

This index compiles the average price on a number of consumer goods to come up with an average rate of inflation. The main categories tracked are: Housing Apparel Transportation Education and communication Medical care Recreation Food and beverages Other goods and services

The prices for a particular set of goods, like transportation or healthcare, are averaged together and weighted. The index average is 100. Any index price reported for a certain set of goods say food and beverages, would be compared against the 100 figure.

The 100 CPI is based on the average cost of consumer goods from 1982 to 1984 and is the baseline used to figure out the CPI for a certain set of goods. If you see a CPI of 250, it means that the inflation level for a product or category or goods has increased by 150%. (See information on calculating inflation below.)

The CPI doesn’t include the price of things like stocks, bonds, real estate, etc. The main idea behind the CPI is to demonstrate how the average consumer’s buying power changes over time. In many cases, it’s used to calculate cost-of-living increases for wages in the public sector as well as Social Security benefits.

How to calculate inflation

When using the CPI to measure inflation, you take the current year (CPI2) and subtract the base year (CPI1), then divide it by the base year you are comparing. For example, if you’re comparing health care costs from November 2014 (108) to November 2016 (110) you’d use the formula accordingly:

This means inflation for healthcare costs has increased by 2% during this time period.

You might be thinking, “Well, there are many things that I buy whose prices have stayed the same for years. Is inflation real?” The answer depends on a number of factors.

For example, a jar of peanut butter can stay the same price over 5 or 10 years, however, the net weight of the product can decrease through altered packaging or an outright reduction of the amount of product offered at the “same price.” This is just an example of how inflation can impact you in subtle ways.

In some cases, unstable economies can be affected by “hyperinflation,” which can cause a rapid increase in prices when a country’s currency is suddenly devalued. This can occur when governments become unstable or if there is a sudden change in administration that affects If you’ve ever heard of the price of bread increase by 10 times or more overnight, then hyperinflation is to blame.

This is when economic growth stalls, yet inflation continues to increase.

This is the opposite of inflation. Deflation occurs when prices decrease and the buying power of money increases.

What does inflation mean for my pocketbook?

In a nutshell, inflation means that the value of your money is constantly decreasing. Saving $5,000 in today’s money will buy much less in 10, 15, or 20 years. A smart move in the face of inflation would be to invest your money in assets that tend to outpace the rate of inflation such as stocks, bonds, mutual funds, real estate, business holdings, etc. Though these investments are not without risk, they can often beat the risk of having your money lose value over time.

Wealthsimple Invest is an automated way to grow your money like the world's most sophisticated investors. Get started and we'll build you a personalized investment portfolio in a matter of minutes.
Last Updated June 9, 2022

There are a couple of great benefits associated with trusts.

Everything You Need to Know About the TradeUP IPO

Looking to invest in TradeUP? Learn everything you need to know about TradeUP, including why investors like it and how to invest.

Why Is Sustainability Important for Investing?

Sustainability is a practice that is becoming increasingly important to consumers, investors, and businesses. But how does it actually work?