The Market Crash of 2008 Explained 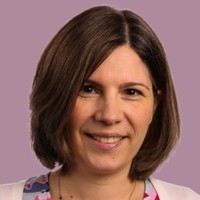 Veneta Lusk is a family finance expert and journalist. After becoming debt free, she made it her mission to empower people to get smart about their finances. Her writing and financial expertise have been featured in MSN Money, Debt.com, Yahoo! Finance, Go Banking Rates and The Penny Hoarder. She holds a degree in journalism from the University of North Carolina - Chapel Hill.

The stock market crash of 2008 was the biggest single-day drop in history up to that point. The aftermath of this catastrophic financial event wiped out big chunks of Americans’ retirement savings and affected the economy long after the stock market recovered.

The financial turmoil caused by the crisis impacted many sectors, leading to massive job losses and mortgage defaults. As investment firms collapsed and automakers stood on the verge of bankruptcy, the federal government stepped in and “bailed out” company after company.

What caused the crisis and why? Here's what triggered the worst recession in U.S. history since the Great Depression and what do if a similar crisis occurs again.

About the 2008 Stock Market Crash

Easy credit and raising home prices resulted in a speculative real estate bubble. While the market crashed in 2008, the problem started years earlier.

In the late 90s, the Federal National Mortgage Association, or Fannie Mae as it’s commonly known, began its crusade to make home loans accessible to borrowers with a lower credit score.

Fannie Mae wanted everyone to attain the American dream of homeownership, regardless of credit. Lenders who extended home loans to high-risk borrowers offered mortgages with unconventional terms to reflect the increased likelihood of default.

The relaxed lending standards fueled the housing growth and corresponding rise in home values. People with bad credit and little-to-no savings were offered loans they could not afford. Meanwhile, banks were repackaging these mortgages and selling them to investors on the secondary market.

While housing prices continued to increase, the rising subprime mortgage market thrived. Because house values rose so quickly, the increase in home equity offset the bad debt buildup. If a borrower defaulted, banks could foreclose without taking a loss on the sale.

The resulting seller’s market meant that if homeowners couldn’t afford the payments, they could sell the house and the equity would cover the loss.

A crisis was virtually inevtiable. Once the housing market slowed down in 2007, the housing bubble was ready to burst.

What date in 2008 did the stock market crash?

The 2008 stock market crash took place on Sept. 29, 2008, when the Dow Jones Industrial Average fell 777.68 points. This was the largest single-day loss in Dow Jones history up to this point. It came on the heels of Congress’ rejection of the bank bailout bill.

The build-up of bad debt resulted in a series of government bailouts starting with Bear Stearns, a failing investment bank. Fannie Mae and Freddie Mac (the nickname given the Federal Home Loan Mortgage Corporation) were next on the government-sponsored bailout train.

In September 2008, investment firm Lehman Brothers collapsed because of its overexposure to subprime mortgages. It was the largest bankruptcy filing in U.S. history up to that point.

Later that month, the Federal Reserve announced yet another bailout. This time it was insurance giant American International Group, Inc. (AIG), which ran out of cash playing the subprime mortgage game.

Each bailout announcement affected the Dow Jones, sending it tumbling as markets responded to the financial instability. The Fed announced a bailout package, which temporarily bolstered investor confidence.

The bank bailout bill made its way to Congress, where the Senate voted against it on September 29, 2008. The Dow plummeted 777.68, the largest single-day drop in history up to this point. Global markets were swept up in the panic, causing global instability.

Congress eventually passed the bailout bill in October, but the damage was done. The Labor Department reported big job losses across the board as the Dow Jones continued its downward spiral.

Effects of the 2008 Market Crash

Three of the biggest automakers (known as the Big Three) were in trouble and asked the government for help. The federal government took over the General Motors Company and Chrysler LLC in March 2009. Ford Motor Company received a bailout from the Term Asset-Backed Securities Loan Facility.

The housing slow down caused home prices to decline. Homeowners found themselves “upside down” on their mortgage, meaning they owed more than their home was worth. Faced with job losses and increasing mortgage payments, many lost their homes to foreclosure.

Between late 2007 and mid-2009, the period widely referred to as the “Great Recession,” the economy lost nearly 8.7 million jobs. Consumers cut spending to a level not seen since World War II. Many experienced a sharp decline in retirement savings, which compounded unemployment and housing instability.

The loss of home values combined with declining stock totaled nearly $100,000 on average per U.S. household at the peak. Slower economic growth cost the U.S. economy an estimated $648 billion.

Congress passed the American Recovery and Reinvestment Act of 2009 in February as a way to jumpstart the economy and generate jobs. It had the desired effect, boosting economic growth and investor confidence.

Who Predicted the Market Crash of 2008

While the housing market slowed down in 2007, many missed the warning bells of the impending recession. The World Bank sounded the alarm in January 2008 when it predicted that global economic growth would slow down as a result of the credit crunch.

Few envisioned the severity of the market crash of 2008 or the steep economic decline caused by the Great Recession. Even among those who foresaw a steep decline got the timing wrong.

Wall Street bankers, the Federal Reserve, banking regulators, politicians, and economists top the long list of those who failed to see the financial crisis brewing. While some warned of a housing bubble, few could predict the effect it would have on the economy and the stock market.

What to Do if the Market Crashes

Since the stock market goes through cycles, another market crash is very likely at some point. The economy is currently experiencing the longest period of uninterrupted gains in American history, hitting the 10-year mark in the first quarter of 2019.

While living through a market crash makes some investors panic, it’s important to stick to your plan. The stock market is cyclical and the quickest way to lose money is to cash in investments when stocks lose value.

Avoid letting your emotions rule your actions. Stick to your investment plan and stay the course even if you are worried about your portfolio. As the stock market rebounds, so will your portfolio... but only if you leave it alone.

Diversify your investments. This should help smooth the curve if there is a sharp decline in stocks and help your portfolio weather the storm.

The stock market crash of 2008 was a result of a series of events that led to the failure of some of the largest companies in U.S. history. As the housing bubble burst, it affected banks and financial institutions who were betting on the continued increase in home prices.

Many lost their jobs, homes, and retirement savings during this period. It was the greatest economic slowdown since the Great Depression. Those who were heavily invested in real estate and stocks saw the biggest losses to their portfolio.

This is why it’s important to diversify your investments and spread your risk. A solid investment plan that accounts for the ups and downs of the stock market has a better chance of producing steady gains over the long term.

Ready to invest in a diversified portfolio? Wealthsimple Invest can help you build an intelligent portfolio of low-fee funds designed to meet your financial goals. Minimize risk and maximize rewards by investing your money in exchange-traded funds (ETFs) based on your risk tolerance. Get started today and put your money on autopilot.

Short term investments can be a useful strategy for savings plans that span five years or less. Find out what kinds of investments are best suited for these goals.

Current studies demonstrate that there is no downside to investing in SRI portfolios.

What is Market Market Capitalization in 2022