What Are the Best e-Transfer Apps in Canada? 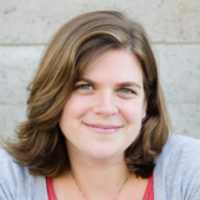 The idea of sending someone a cheque these days is almost laughable, especially for people of a certain age. Technology has transformed our lives in this way, as it has with so much else. We can now send money incredibly easily and almost instantaneously with a few taps on our mobile devices.

Does anyone even remember cash?

As in other countries, the digital payment scene in Canada has been rapidly evolving for the last decade. Canadians have their own special focus on something called e-transfer, but that service is quickly being overshadowed by other digital payment apps.

An e-transfer, otherwise knowns as an email money transfer (EMT), is a banking service through which users can transfer money between personal accounts digitally. You can use e-transfer to send money to the babysitter or dog walker, to pay for something from an online seller, or to settle a debt with an institution.

This particular form of digital money movement is mostly used in Canada, and the term “e-transfer” is actually derived from the branded service Interac e-Transfer, even when it’s used to refer to other methods of sending money such as payment apps.

What methods of e-transfer exist in Canada?

Taking “e-transfer” to mean digital payments broadly, there are various e-transfer methods people are using on a daily basis across Canada.

The most prominent e-transfer service‚and the one from which the service gets its name‚is Interac e-Transfer, a fast and secure method of digitally sending money to any recipient in Canada via established banking procedures. The service, run by non-profit interbank network Interact, grew 52% in volume in 2017, handling 41 million transactions that totaled over $92 billion.

When you transact with Interac e-Transfer, the money is drawn right out of your bank account and sent to the account of your target recipient. E-Transfers are often virtually instantaneous, but they can take up to a half-hour depending on the institutions doing the transacting. Interac e-Transfer works with more than 250 financial institutions, and fees may be applied by the user’s bank. Interac e-Transfer users can send money overseas via partnerships with Mastercard and Western Union.

While Interac has had digital money-transfer all sewn up in Canada, there is now a shift in the landscape as more and more cash apps are entering the market. Users generally sign up with their phone number or email address and can send money back and forth using these identifiers.

Here are some of the prominent apps that allow you to send money digitally and instantly to other users in Canada:

Does Venmo exist in Canada?

No, Venmo is not available in Canada. You and the person you’re sending money to both must be in the U.S. in order to use Venmo. You must also have a U.S. phone number.

Not that the above services are similar to Venmo and allow you to send money to others instantaneously with the click of a button.

Does Cash App exist in Canada?

The good news is that Canadians can use Wealthsimple Cash to send money easily and immediately with zero fees.

Interac e-Transfer is still the most prominent way to send and receive money quickly in Canada. Despite its popularity, it has some disadvantages: It is only available to those whose financial institutions participate, and users may have to pay fees to send or receive money.

Other options are quickly starting to give it a run for its money (so to speak). Users are increasingly adopting various other digital payment apps that make their lives easier. While a couple of the more popular payment apps active in the US aren’t available in Canada, Canadians have access to some great alternatives, like Apple Pay, Google Pay, and Wealthsimple Cash.

A guide to the satoshi is the smallest unit of a bitcoin, equivalent to 100 millionth of a bitcoin.

Ethereum 2.0 is the next generation of Ethereum, one of the world’s most popular blockchains.

NFTs are digital collectibles that run on the Ethereum blockchain. Here's what you need to know.