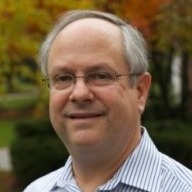 A bond is a fixed income security in which the investor loans money to the entity who issued the bond. Bonds are issued by corporations, state and local governments, non-profit institutions, and the federal government.

Just like a bank loan, a bond contains terms for the repayment of the principle amount of the bond, as well as any periodic interest payments to be made prior to the bond’s maturity.

Missing interest payments, or even worse defaulting on the repayment of the bond’s principal, can put the issuer in a precarious financial position, and even lead to bankruptcy.

A bond is a fixed income security in which the investor loans money to the entity who issued the bond. Bonds are issued by corporations, state and local governments, non-profit institutions and the federal government.

There are a number of ways to invest in bonds.

Investing in bonds can add diversification to your portfolio, however it is important to understand what you are investing in.

As mentioned above, bonds are issued by both governmental and corporate issuers. Some examples of bonds include:

The U.S. Treasury issues a number of different types of debt securities including:

Municipal bonds are issued by states, cities and other governmental entities other than the federal government. These bonds are secured by things like tax revenues, revenues based upon a project they may be backing or other means.

The advantage to municipal bonds is that the interest received is exempt from federal taxes and in some cases may be exempt from state income taxes.

Muni bonds are subject to bond ratings as the finances of the issuer can vary widely. An extreme case in point is the situation in Detroit a few years ago when the city essentially went bankrupt and defaulted on it bond debts.

Many corporations issue bonds as a method of debt financing. Well-diversified companies will have a mix of debt, both from bonds and perhaps from bank loans, and equity in their financing structure on their balance sheet. Corporations like utilities and many manufactures will often issue bonds to finance long-term capital projects.

Bonds are generally considered to be less risky than stocks, but with the exception of bonds issued by the U.S. Treasury which are considered to be a risk-free asset by most experts, bonds do carry the risk of default if the issuer can’t make interest payments or redeem the bonds at maturity.

The price of bonds on the secondary markets move inversely with the level of interest rates. For example, if a bond with a face value of $1,000 pays 4% interest, this means that the bond holder will receive $40 in interest payments during the year. If interest rates on bonds with a comparable maturity and credit quality rise to 5%, this means that this bond holder will receive $50 in interest payments annually.

If the holder of the bond that pays a 4% interest wants to sell it, it’s unlikely that an investor looking to buy a bond of that type will pay $1,000 for it in the secondary market. Why would they pay $1,000 for a 4% return when they can buy the bond paying 5% for the same $1,000? More likely, they would only pay $800 for this bond as that is the price at which the $40 annual interest payments would equate to a 5% annual yield on the bond.

This refers to the issuer of the bond not being able to pay the face amount of the bond upon maturity. While there is no default risk for bonds and other debt securities issued by the U.S. Treasury, all other types of bonds and bond issuers do carry this potential risk.

A bond with a face value of $1,000 that matures in 10 years means that the issuer of the bond will repay the $1,000 to the bond holder on the date indicated. Failure to make that payment could result in the issuer defaulting on the bonds and could be an indicator of worse problems for the issuer, whether a company or a state or local government.

Various bond rating agencies, such as Standard & Poor’s, Moody’s, and Fitch, assign ratings to various bonds and their issuers based on their assessment of their creditworthiness and financial health. They do this with an eye toward the issuer’s ability to service and make all payments on these bonds.

The ratings usually are made with letters. For example, a Standard & Poor’s rating of less than BBB is generally considered less than investment grade or a “junk bond.” The higher a bond’s rating, generally the lower the interest rate that the issuer will be required to pay in order to entice bond investors to invest in the bonds.

This applies to most bonds, with TIPs issued by the U.S. Treasury being a notable exception. The amount received upon the bond’s maturity is fixed, as are the periodic interest payments received. If the level of inflation increases drastically, the purchasing power of these bond payments will be reduced. Other types of investment assets like stocks, real estate, and some others offer better protection against inflation in many cases.

Duration risk deals with the time until the bond matures. The longer it takes the bond to mature, the greater the risk. A longer time horizon means more things that might negatively impact the bond.

Bonds can range from short-term maturities to those that mature in 30 years or longer.

Bonds represent a loan to the bond issuer that needs to be repaid at a predetermined time. Bond investors are essentially acting as a banker to the issuer. Stocks represent an ownership interest in the company issuing the stock. Stock investors are hoping that the company will do well financially and that the business will grow, creating the potential for the price to increase.

What is an ETF? A Beginner's Guide

An ETF (exchange-traded fund) is a type of diversified investment fund. Find out everything you need to know about ETFs and how to buy them.

Understanding the differences between different stock types is a crucial component of your investing foundation.

It's basically a kind of loan agreement.