Everyone in Toronto has a moment when they realize that they’re living in an insane place. For me, it happened this summer when a house across the street from mine — a lovely 3,200-square-foot Edwardian detached property with a coach house in the back — was listed for $4 million. Four. Million. Dollars. That amount of money can buy you not one but two luxury four-bedroom apartments in the sixteenth arrondissement of Paris. It can buy you a penthouse in Chelsea. And Toronto, while a decent, attractive city, is neither Paris nor New York. I live in Seaton Village, a neighbourhood that a decade ago was little more than a repository for student renters who couldn’t afford the Annex. It’s a public-school neighbourhood, a dog-park neighbourhood, a neighbourhood where people mow their own lawns. It’s a perfectly fine place, but a far cry from either Rosedale or The Bridle Path, Toronto’s elite strongholds. And yet condos nearby now advertise a “starting from” price of $1.6 million. That’s bonkers. Looney tunes. Non compos mentis. Real estate has become a mass psychological pathology in Toronto, one that we can never seem to escape or find relief from. And it’s driving me and everybody else who lives here nuts.

I am in no real position to complain, but I’ll use myself as a case study anyway: my wife and I own a house. You would think this would spare us from the insanity, but it doesn’t. No one is spared in Toronto. For one thing, I can never move, a reality I didn’t consider possible when I bought my place back in 2009. Why can’t I move? Well, there’s something called the land-transfer tax, a levy based on a home’s value that's collected whenever a property changes hands. And, at this point, it would consume a significant portion of my annual income. Secondly, if I did sell, I would have nowhere to go, not in my neighbourhood anyway, not with homes going in the millions. This must sound ridiculous to renters hopelessly priced out, but there was a time — I can still dimly remember it — when sane, middle-class Torontonians earnestly spoke of buying a “starter home” and then a “dream home.” You moved up the property ladder as you prospered. There is no ladder anymore. Only a finger grip on a cliff wall. Hold on for dear life.

There was a time when sane, middle-class Torontonians earnestly spoke of buying a “starter home” and then a “dream home.” You moved up the property ladder as you prospered. There is no ladder anymore.

And now, as the levels of insanity grow even more, well, insane, real estate has become the one thing none of us can shut up about. Because we’re all affected, and we’re all powerless. Over drinks or at get-togethers, we say, “Oh God, let’s not talk about real estate again,” before we plow right back into the subject for the umpteenth time. And when we talk about real estate, what we’re talking about isn’t even real estate anymore, much less money. What we’re really talking about is fate, about the circumstances that the past has encrusted around us, about how nothing seems unreasonable anymore, about how uncertain and crazy-making the future is.

What we all want to know is how long the absurdity will last. People say we’re in a bubble, but Toronto is testing the limits of the word. Earlier this month, UBS’s global real-estate bubble index ranked the city as the world’s most at-risk real-estate market behind only Frankfurt. That this pronouncement hardly registered as news is both weird and frightening but entirely understandable, given that Toronto home prices have been elevated for decades by this point. Other than a few brief pauses in 2008 and 2017, the real-estate market has been growing since 1996; before the pandemic, Toronto was said to be the fastest-growing city in North America. And what’s more distressing than the growth is the growth's spikiness. Between March 2016 and March 2017, Toronto home prices shot up 33 percent. Then, during the first year of Covid, home prices in southern Ontario climbed another 21.6 percent, forcing people into ever more precarious living arrangements. I know one couple that had to continue living together after divorcing, unable to afford separate residencies, and no wonder. A literal shack in Little Italy was recently listed at $999,999 and sold for $800,000 over asking. And precisely no one will be surprised if it ends up bulldozed.

Renters, for their part, wonder how bad the news will get. I know another family, highly educated with decent jobs, who pays four grand a month in rent. But that sum is not the real problem. The real problem is what rent will be in two years? In five? How do you plan and build for the future if you have no idea what you’ll be able to afford? Already, entire demographic segments can’t afford the city; young people have left in droves, triggering rent spikes in nearby small cities, like St. Catharines and even Barrie. And many young people who have stayed face a choice of poverties: homeowners are increasingly house poor; renters are intensely vulnerable to price spikes and scams. Even before the Covid spike, fraudsters had scattered mattresses on the floor of a rental property and shoved up to 25 female tenants inside, charging $550 a head.

What is perhaps most fascinating, and hardest to describe, is how the cloud of real-estate anxiety affects the psychology of individual households. I worry most about my children. How will they possibly afford to stay here? In March 2020, Canadians needed an average of 55 months to save for a minimum downpayment on a home. A year later, the average had risen to 63 months — meaning that if you have to save for a downpayment, you might end up saving and saving, and waiting and waiting, forever.

Families have found desperate, sometimes ugly, workarounds to some of these problems. Some parents fork out “living inheritances,” taking equity from their own real-estate holdings and giving it to their children for a downpayment. The result is that the affluent young break into the real-estate market far earlier than their peers, so the rich get richer; those with equity get access to more equity. Another option is that kids stay home. A third of Torontonians between 18 and 25 now live with their folks. You can argue that the nuclear family — each generation in its own property — was a bad idea to begin with, that we’re better off living in multi-generational households, and maybe that’s true. What’s certain, though, is that the nuclear family is evaporating in Toronto. To survive here is to be interdependent. Economic individualism, the promise of which drew wave after wave of immigrants and young people to the city, is becoming myth.

The nuclear family in Toronto is evaporating. To survive here is to be interdependent. Economic individualism is becoming myth.

Nobody knows how, or if, the craziness will end. We’re beyond having an “affordable housing crisis," because crises, prolonged as they might be, eventually end. We’ve entered into a state of perpetual increase, a rise that no one in power seems able, or willing, to stop. The ruling Liberal party has been vowing to increase the affordable-housing supply since they came to power in 2015. During the recent election, they regurgitated many of the same pledges. Nobody is holding their breath.

The housing market could, theoretically, correct on its own, as painful as that would be. But what would a correction even look like at this point? A 20% decline would erase only a single year’s worth of growth. And even that seems improbable, given that none of the policies, good or bad, that have fuelled the home bubble have changed, nor promise to.

The more I’ve talked about Toronto real estate, the more I’ve come to accept, or at least become numb to, the absurdity. There are older people on my block who bought their properties for as little as $30,000 in the 1960s or 1970s. Now, every five years or so, whoever moves into the neighbourhood has to be in an entirely higher financial bracket than whoever moved in five years earlier. We have all lost our damn minds, without a doubt. And yet, for all our talking and worrying, we stay, justifying the lunacy. There may be, for one, no better place to raise kids in the world than a Toronto neighbourhood. The children walk to the playgrounds; most walk to school. On summer nights, you can find block parties stretching down the middle of streets. I live in a real neighbourhood, with real neighbours. We look out for one another. There are worse places to be stuck forever, hemmed in by fate. I would say that it’s impossible to put a price on such absurd good fortune. Except somebody has: $4 million dollars. The craziest part is that sometimes it makes sense to me. 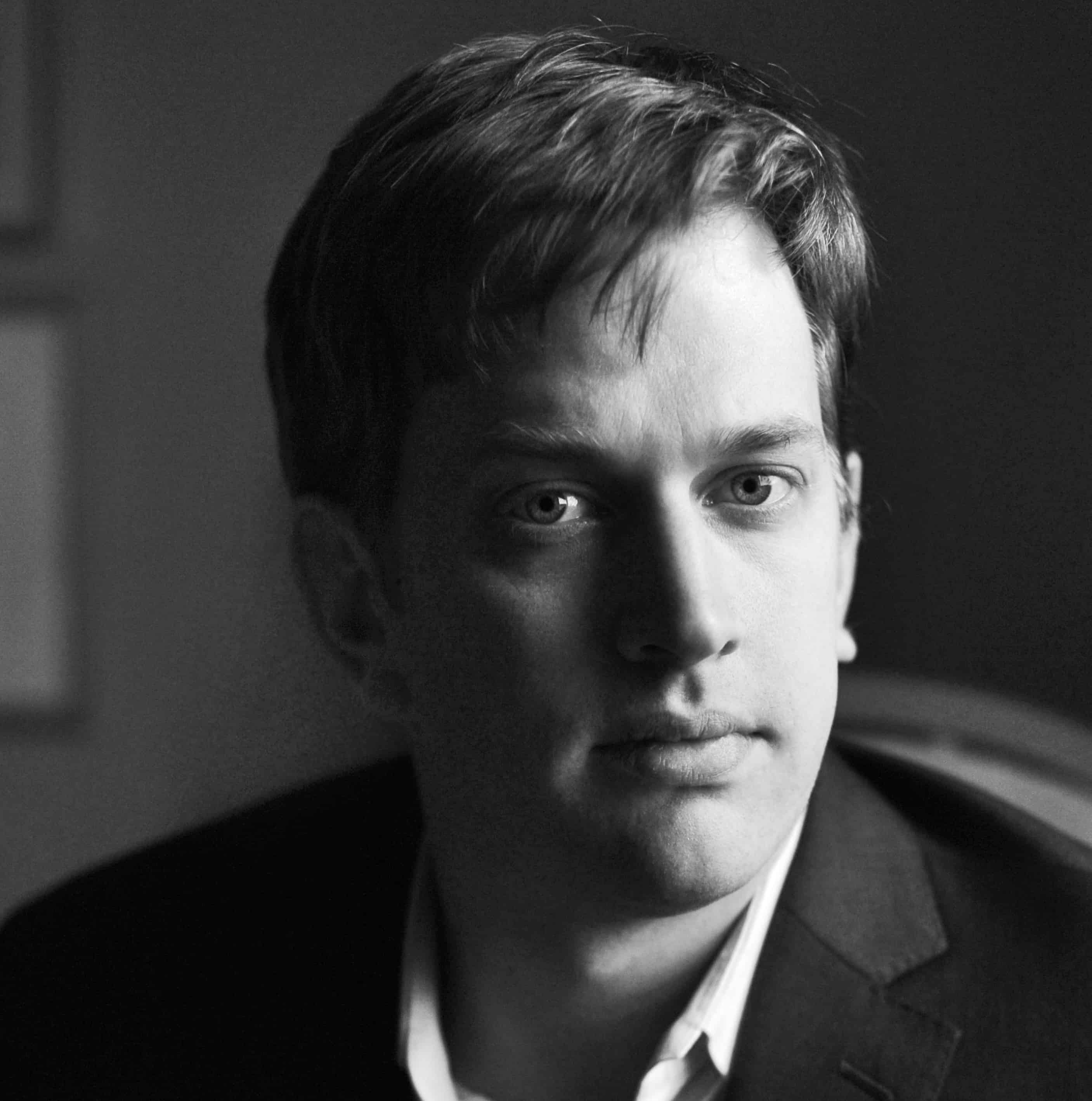 Stephen Marche is a novelist and columnist from Toronto.