The odds of war breaking out between Taiwan and China are, unfortunately, becoming less remote by the day, as Beijing escalates its threats to seize the island nation. And one big reason why Western countries (cough cough, the U.S.) will probably come to Taiwan’s defense involves a company that’s more valuable than either ExxonMobil, Meta, or Walmart that you’ve probably never heard of, unless, well, you’re a bit of a nerd. It’s called TSMC. Founded in 1987 by a longtime Texas Instruments executive named Morris Chang, TSMC — aka the Taiwan Semiconductor Manufacturing Company — is a chip-making foundry that controls 54% of the global semiconductor market. Every new iPhone runs on a TSMC chip, as do NATO fighter jets (including some Canada has on backorder) and anti-tank missile systems. Hence the company is not just hugely important to the global economy but also to the national security of Canada and the U.S.

We recently spoke with Thomas J. Shattuck, of the public-policy think tank the Foreign Policy Research Institute, who explained how TSMC came to play such a critical role in the world, and what could happen if China invaded Taiwan.

First, what’s so special about TSMC semiconductors? We’ve been hearing a lot about them.

TSMC produces the most advanced semiconductors, and when I say that, I mean the smallest ones around. So, while other companies are making ones at seven nanometers in length — that’s the current standard — TSMC is at five and, soon, at three and two. And these powerful, small chips are what’s at stake. TSMC has manufacturing facilities in China and in the U.S. But the most advanced factories are in Taiwan, since Taiwanese law prevents TSMC from building its most advanced chips in China, owing to security concerns. So TSMC’s Chinese plants are a generation or two behind its Taiwanese ones. Which makes them valuable.

So why can’t China, or any other country for that matter, just build its own super-advanced factories and make two- or three-nanometer chips?

Making a semiconductor fabrication facility, or fab, costs tens of billions of dollars. Apple can’t afford to do it, and Apple is huge. But even if a country, like China, decided to build a new fab, TSMC has inertia on its side. If China starts building a new fab today, by the time it comes online, eight years from now, TSMC will have already developed more advanced tech in the meantime and be way ahead, because it has the resources to constantly develop. I don’t think anyone will catch up to TSMC unless something dramatic happens.

Let’s circle back to the dramatic stuff in a second. First, let’s talk about something that led to this moment: TSMC’s decision, in 2020, to halt orders to Huawei, the Chinese telecom giant, after the U.S. imposed new trade restrictions, owing to national-security concerns. Was that a difficult decision for TSMC to align itself with the U.S., and the West by extension, over fast-growing China?

I don’t think so, because, for TSMC, the decision wasn’t just about sales. It was more about technology. If TSMC went all-in on China and violated U.S. trade rules, it would certainly be barred from buying the sophisticated machines it uses to make chips. And that’s an issue for China right now, too.

There’s only one company in the world, a Dutch firm called ASML Holding, that makes what are known as EUV lithography machines, which TSMC, along with Samsung and Intel, use to manufacture its most advanced chips. Other Western companies do similar stuff, but ASML is the biggie. And, in 2019, the Trump administration successfully pressured the Dutch government to block shipments of ASML’s EUV machines to China, which curtailed its ability to become a semiconductor powerhouse, which it very much wants to be. TSMC, for its part, can’t afford to lose ASML as a business partner. Which is one reason why it aligned itself with the U.S. — the other big reason being that China’s business environment is still so opaque and corrupt.

OK, back to the potentially dramatic stuff: after China’s recent military drills, a conflict seems increasingly likely. How much do you believe TSMC and the semiconductor industry factor into China’s desire to potentially attack or seize Taiwan?

China wants Taiwan regardless of its semiconductors. It outlined why it wants the island in a recent white paper. But getting the semiconductors would be a nice perk. The catch for China is that taking Taiwan by force would destroy the entire semiconductor industry, because there’s no way that the fabs would go unscathed. So, in a way, by attacking Taiwan, China would lose the one thing it needs more than anything. The country has had some success growing its domestic semiconductor industry, but it’s not making the chips it needs to become a leader in the field.

And you’re certain the TSMC fabs would be damaged if China attacked?

If China were to invade, it wouldn’t target the fabs, of course. But, if the war in Ukraine is any indication, things would get destroyed whether they have strategic value or not. The fabs aren’t going to all come out fine. There’s also a theory out there, which I buy into, that if China tries to seize Taiwan, it wouldn’t necessarily be China that destroys the fabs.

The chips used in the U.S. F-35 fighter jets are made in Taiwan. And I think the U.S. would certainly sabotage or target the fabs to keep that tech out of China’s hands. In another scenario, the Taiwanese army might try to defend the fabs from the Chinese. But the fabs are primarily located on Taiwan’s west coast. So they’re closer to China, and they’re not hidden or anything. They’re giant science parks. They’re vulnerable. In any case, the only way that China could get the fabs untouched, in my view, is a forced unification deal, through a blockade or an economic strangling that forces Taiwan to cede its sovereignty. And if that occurs, I would assume the next day the semiconductor fabs would all be deconstructed slowly and moved across into China.

[Note: In July, TSMC’s chairman, Mark Liu, told CNN, “Nobody can control TSMC by force. If you take a military force or invasion, you will render TSMC factory not operable. Because this is such a sophisticated manufacturing facility, it depends on real-time connection with the outside world, with Europe, with Japan, with U.S., from materials to chemicals to spare parts to engineering software and diagnosis.”] 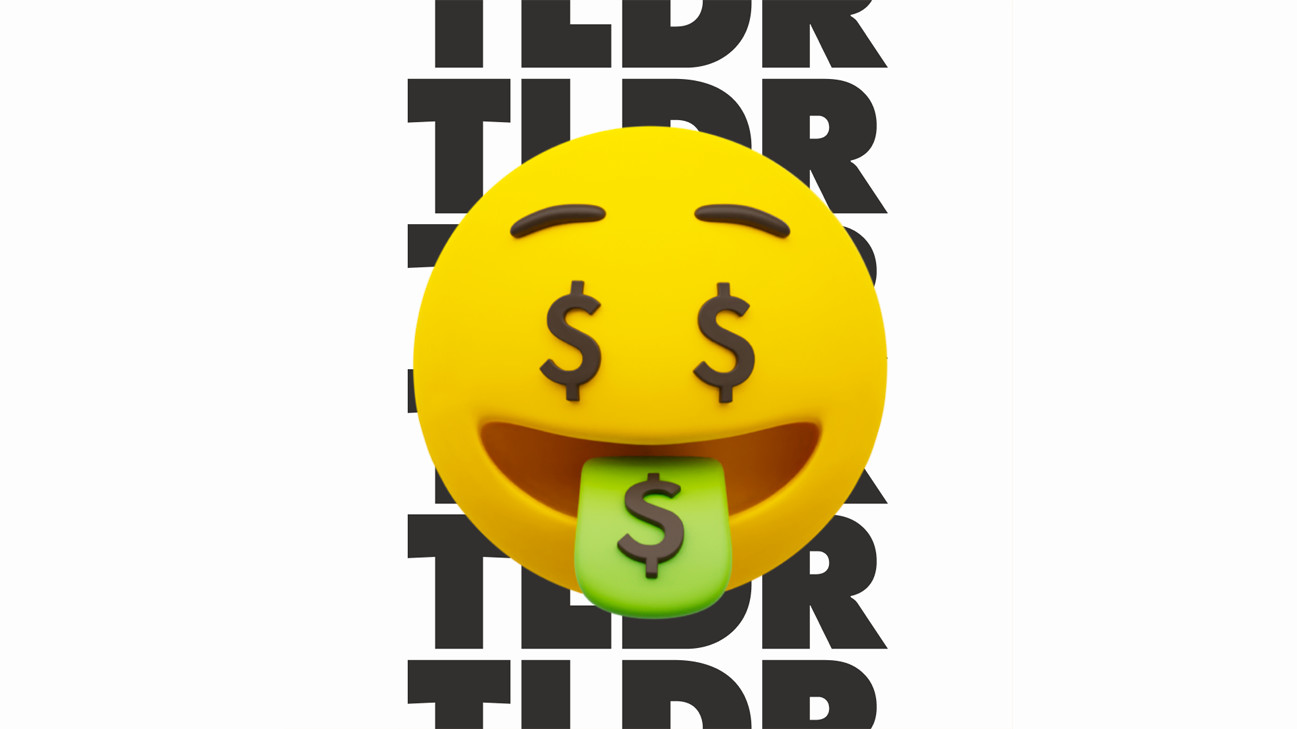 So if the TSMC fabs were to go offline, what kind of problems would that cause?

So early in the pandemic the semiconductor fabs ran not at full capacity but close to it, maybe 90%. And yet there were still chip shortages. So if production drops to 50%, say, or if there’s a war and chips can’t be shipped out, Apple, for one, wouldn’t be able to make new phones or laptops. The U.S. theoretically couldn’t make fighter jets. Auto manufacturing would halt. The list goes on. Basically everything relies on chips now, and not having them would probably cause a global depression. We’ll all have to keep using our old phones and computers for a very long time, to say the least.

Moving forward, what are you watching for to gauge whether tensions are escalating?

For one, when will China do its next big military drill surrounding Taiwan? Will they let things cool off first? If they do, that’s telling. Beyond that, I’m watching to see what kind of retaliatory import and export bans China puts in place. After Nancy Pelosi’s recent visit to Taiwan, China banned random Taiwanese imports, like citrus fruit and fish. Well, Chinese consumers can easily get that stuff from other countries, so the bans didn’t cause any real economic damage. So my question moving forward is whether Beijing will ban industries or products that actually matter to the Chinese people. If it ever moves against the semiconductor industry, that would signal a very big red flag to me. Because that would mean China has accepted that peaceful reunification with Taiwan can’t happen, that it can’t do business with TSMC or other Taiwanese semiconductor manufacturers, and that it’s ready to move at some point, even to the detriment of its economy. But I think we’re a long way away from that.

What makes you say that?

I think China used Pelosi’s visit as an excuse to stop pretending that the Taiwan Strait is split and that there are norms about where its military can and can’t go. And China’s quick response to Pelosi’s trip signaled that it has wanted to break these norms for a while. Also, China will need to do a bunch of military drills if it ever hopes to take Taiwan. The Taiwan Strait is about 100 miles wide, a big distance to send boats and people in an invasion scenario, and it’s not good, peaceful water, either. I don’t think D-Day would be comparable. So, for now, I think China’s actions are predominantly bluster, to scare off Pelosi-esque people from other countries from going to Taiwan in a show of support.

This interview was edited for clarity and concision.

J.R. Sullivan is an editor for Wealthsimple Magazine. He’s also writing a book for Knopf about the Kingston coal-ash disaster.