If I’m in a casual conversation, I tell people I scream at a camera for a living.

I never had huge internet ambitions, but I wanted to do something related to either comedy or lifestyle, like blogging or just documenting my life. Improv is something that I like to do, and I’m good at nailing the character pretty quick. I tried YouTube, but it is so time-consuming to have to edit a whole video. TikTok is the perfect app: it is so casual. I started on TikTok in August of 2019.

I never really had a plan. I started posting a bunch of things and then I saw POV (point of view videos) getting pretty popular. I started off by making a teacher’s pet series. That started to take off and I gained a couple hundred thousand followers. By February 2020, when I posted the “Astronomical” video, I had around 700,000 followers. That’s a great amount of followers to have. But with that video, somehow I was able to connect with an even wider audience. It was just so surreal seeing the amount of positivity in the comments, seeing [it become a meme], it was so touching. It was such a crazy, surreal experience.

I get my ideas naturally. Like I could be out for a drive, pass by a certain store, and think about how to incorporate it into a TikTok. Sometimes I’ll jot ideas down in my Notes App. My current series is about someone who works in an office. Sometimes my dad will be talking casually about his day, and I’ll get an idea from that: He’ll be like, “So and so did this today.” And I’ll say, “Can you elaborate on what exactly happened?” And he’ll tell me the story and it will always be something so minuscule and irrelevant, and I’ll take elements from that story and apply it to my video. All told it’s probably a 30-minute ordeal to come up with the idea for a video and then execute it. My dad is like my right-hand man on TikTok. My mom is great with it, too. I feel like they understand what I do because they live with me and they constantly have to hear me recording.

When big creators started following me, I realized that going viral could have real financial benefits. It felt like, Okay, I’m entering this community of creators and they’re recognizing me. If they’re getting brand deals, those opportunities should become present for me. And they did.

TikTok matches big creators with their own TikTok managers, and I just got introduced to mine. TikTok also has the Creator Fund, which pays creators depending on their views, but it’s not available in Canada yet — which is very frustrating. I’m hearing that some creators are taking home five figures a month from the Creator Fund. For brand deals, my talent manager will bring me a couple of brands that have reached out to him. I’ll pick whichever brands I feel I can represent, and that would represent me well. There’s kind of an unspoken minimum of what you should be paid for a brand deal: you can charge a hundred dollars for every hundred thousand followers you have. So if you have 2 million followers, you should be charging a minimum of $2,000 per post. My creator friends and I don’t go below that figure, but my manager and I try to negotiate for higher. The most I’ve made from a brand deal was just over $30,000 — I made two TikToks and reposted them to my Instagram. That was a once in a blue moon kind of a deal, to be honest. My average is between $10,000 and $20,000, and my manager takes 15 percent.

I have a friend group of TikTok creators, and we’re always so open with what deals we’re doing, and how much money we’re getting paid. Sometimes I see posts from newer creators saying, ‘Oh, I just got a deal for $300 with this company.’ And I look at their following count and they have almost a million followers, and I think, Oh my God, no! Sometimes I’ll message them — Hey, you are worth so much more than $300. Please go and negotiate higher. Trust me, you can get it. And if they don’t want to accept it, move on to the next deal. I’m really big on maintaining that one-hundred-per-a-hundred-thousand figure, because I don’t like seeing people getting scammed. I don’t like seeing creators get used like that.

I also make money on Cameo, recording personalized videos by request. I record between one and like four a day and work them into my schedule. I’ve gotten over 800 requests. I charge $21 US, which rounds out to around 25 Canadian dollars, and Cameo keeps 25 percent. I started doing more of those when the pandemic started. I realized that money had become more sensitive — a lot of people were losing their jobs or getting laid off. So I went down to $10. The price has gone back up as I’ve gotten more and more requests. But I still don’t want to charge too much. I also sell merch. Fanjoy, a company that works with a lot of internet creators, reached out and asked if I would want to create a line. I love college merch, no matter what school it is. I’ll just wear it. So I thought, Why don’t I just combine “Astronomical” and that collegiate-style? The crew neck is $45, the hoodie is $55 and the T-shirt is $25.

But I am not a very money-driven person. I am quite conservative with my money. I save a lot of it and I’m not too materialistic. My first job was working in a grocery store. I worked there for a little over two years. It was such a great job. I honestly miss it. Minimum wage where I’m from in Ontario is $14 an hour. Working that job made me think, Okay, an hour’s work is worth $14. So if I’m buying this pair of pants for $70, that’s five hours of work. It taught me how valuable a dollar is and how important it is to be wise with your money. I mostly like to spend my money on experiences and travelling. Otherwise, I just save a lot for my future. (I have actually been using Wealthsimple Trade for a couple of months now!)

I totally understand why creators spend money to look trendy or presentable whenever they go out. The internet is so judgmental. There’s this analogy of the duck: They’re floating so elegantly on the water, but underneath they’re kicking, they’re struggling. But I don’t have tons of clothes. I kinda just wear the same things. I’ll clean it and then, you know, wear it again. If someone wants to judge me for that, then that’s on them.

I was quite naive to all that it takes to be a creator. It’s a constant balancing act; there are so many elements to what we do. I personally always feel like someone’s watching me. People on the internet are so quick to judge and love to jump to conclusions. I could say something and someone could twist my words and completely turn it into something that it is not. So you have to understand that you don’t have to please everybody. Only I know my true intentions. As long as you feel like you’re doing good and you’re being a good person, that’s all that matters. I have to have a thick skin.

I do feel a little bit of pressure because I want to ride this TikTok wave for as long as possible. But at the end of the day, it’s also important to be realistic. If you look at the top internet creators from five years ago — not that I’m calling myself a top creator — how many of them are still top creators now? Everyone’s gonna have their peak and everyone’s going to fall from that peak. If my views do start to drop, I’ll be completely okay with it because I’m so grateful for everything that I’ve gotten so far. Honestly, it won’t be that bad. 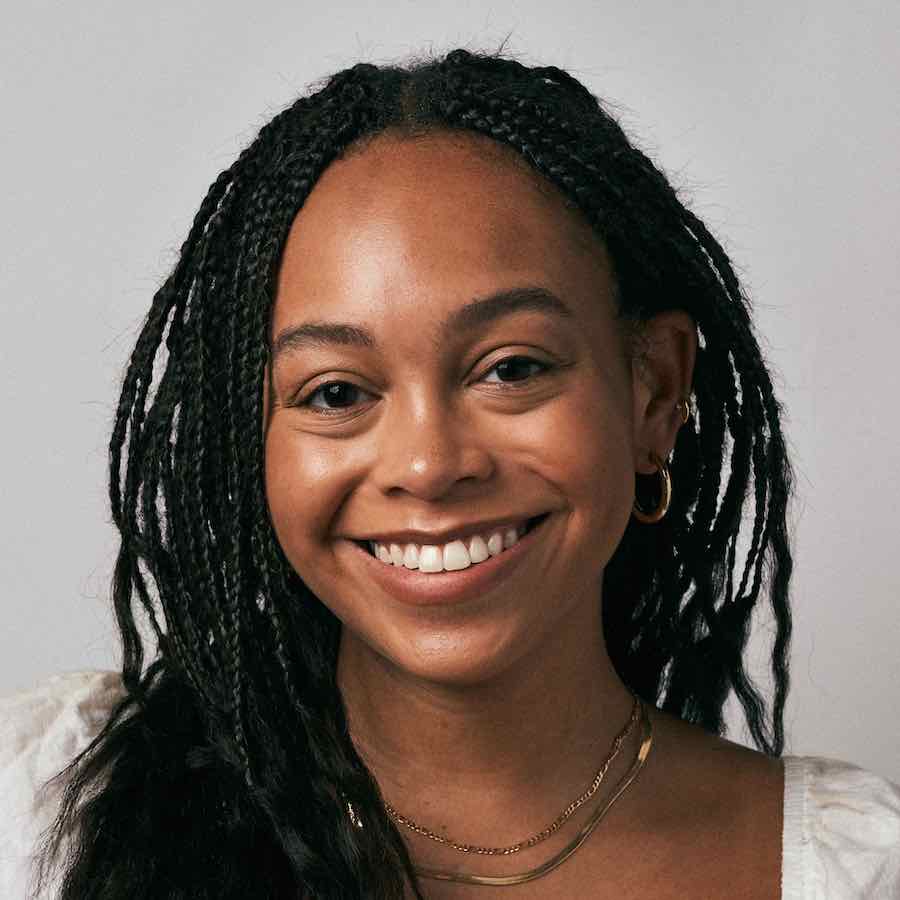 Hunter Harris is a writer and reporter based in Brooklyn. Her writing has appeared in GQ, New York Magazine, and the New York Times.

"UNTIL 44 YEARS OF AGE, I NEVER HAD ANY KIND OF SAVINGS ACCOUNT. I’D ALWAYS BEEN UNDER THE GUN. I’D ALWAYS OWED MONEY."

Wealthsimple is investing on autopilot

Wealthsimple is investing on autopilot

Powerful financial tools to help you grow and manage your money.