My first job was burning CDs and selling them out of my Youngstown, Ohio, high school locker for like $8 apiece. The thing was that a lot of them were not edited — it was early Pharrell songs, N.E.R.D. songs. So one kid in my class went to the principal because there were “not-good lyrics,” and I got suspended a couple of times.

I was getting really bored. And if I’m bored, I just start coming up with things to do. I started skipping class and hanging out in the art room. So myself and my best friend — my partner in crime — decided to go take the SAT, and we started college early. In Ohio, if you test well and you start college in high school, classes are free and textbooks are free. I was able to choose my own classes so I wasn’t bored; I loved math and science. After I graduated high school, I went to Kent State full time. I didn’t have to take out loans because I had taken a lot of classes for free, and I had a pretty decent scholarship.

As an adult, one thing that I have felt that I’ve missed in life is I don’t really have that core college alumni group because I didn’t go to Harvard or Stanford or Berkeley. But it’s funny; now that I give talks at those universities and I meet the graduating classes, a lot of them are looking for stability and credentials in their work. I think if you went to an Ivy league, you’re automatically looking for sort of logos, and names of companies that will make your parents proud. And start-ups don’t offer that. Start-ups have very little security. Usually the founders have not gone to school for that thing. I invest in a lot of unproven, immigrant founders. So while I think it’d be helpful to have gone to one of those schools, odds are, I would have landed somewhere very different in life because I wouldn’t have wanted to take on that risk.

After college, I moved to Sydney with no job and one suitcase and my best friend from high school. I had been there on vacation before and wanted to spend some time in Asia. Sydney was a good launch pad to Hong Kong, Singapore and Malaysia.

In Sydney, I sent a Twitter DM to the founder of an ad agency that had spun off of Ogilvy. He grabbed a coffee with me and hired me, so I got my visa sponsored. Nikon was my client at the time. I love photography and was doing early influencer marketing campaigns, signing exclusives with fashion bloggers, travel bloggers, and a handful of fashion designers.

I moved in-house at the ad agency and did marketing at Expedia, then in my free time started angel investing out of my savings account. I didn’t have a ton in my savings, so I was writing $5,000 cheques. Typically with start-up founders, they want you to invest at least $25K, or something that feels meaningful. I’m like, “Look, all I can do right now is $5,000; even that’s a stretch.” But I found that it was a really good way to build my reputation in Silicon Valley.

The general theme throughout my career is all my opportunities came from either cold emailing or DMing someone on Twitter. I decided to start my VC firm, Worklife Ventures, to invest in companies that are making workplace productivity better. So I sent quite a few notes to different founders that I admired and respected and thought would care about our vision of really changing how people work. We raised $10 million for the fund.

One of my first cheques was from the CEO of Zoom, Eric Yuan — this is prior to the pandemic, in September of 2019. We actually never met in person before he wired the money to invest; we only met on Zoom. His Zoom background was a beach. So I was like, “Wow he really lives and breathes this remote work stuff.” We were very aligned in how he saw the world and how we need software to make it possible for people to work from home and do all of these important life things while living in a different country or far from an office. And fast forward to where we are today; we’ve raised an additional $25 million.

As far as my family goes, my dad started out in checkout at a grocery store in college and over the next 40 years began doing more logistics stuff. He’s a part of the generation where he’s only been at two companies. My mom was an amazing social worker, but when my brother was born, she stayed home for most of our childhoods.

Like most Midwest families, mine focused on saving whenever you can — in terms of my Chase Savings account, I like to have at least six months in there. Both sides of my family are Ukrainian; both grandfathers worked in steel factories. We now have an internship program for students who are Ukrainian and want to stay in the country. A lot of them are on student visas and they were planning on going back home for the summer, but if their parents have relocated to Poland or to somewhere else, their preference is to start working at a tech company as soon as possible. And so they can do paid internships that either get paid in their home currency, or get paid in crypto.

Treating yourself was not so much of a concept until I moved to California. I think it’s a very west coast thing to take a mental health day, to take time off, to invest in yourself. It wasn’t until later in life, in San Francisco, where I started to make that switch of, “Oh yeah, eating healthy is an investment in your body.” I feel like that’s not something that immigrants really think about. And it’s not something that maybe certain parts of (the United States) think about either.

The first investment that I really got for myself was during the pandemic. I bought a Peloton and a Tonal. It seemed very excessive to build a home gym, but that’s what made me very happy. I’m working from home and oftentimes feel like I’m sleeping at the office. Unless I have a real reason to switch off and put my computer in a different room, I found that the first year of the pandemic, I was just working way too much. Having the Peloton and putting it in the calendar was a really helpful way for me to just switch off entirely.

My boyfriend, Jimmy O. Yang, is an actor, so we do tend to go to some red carpets and premieres. I use Rent the Runway. I was an early user and now I have the subscription where it’s five items, three or four times a month. Jimmy and I have had conversations about this at home because I’m very Silicon Valley and very tech. Tech people are very practical; Mark Zuckerberg wears the same grey t-shirt every day. That’s sort of what we’re programmed to do. In Silicon Valley, you either drive a Prius or you drive a Tesla. Those are your only two options. Clothing-wise, you’re probably just going to wear a white, black, or grey t-shirt. So this whole concept of getting glammed up is very funny to me. I think it’s really hilarious that it can take many hours to get your hair and makeup done.

I don’t own a car. I still mostly Uber and Lyft places, because it’s nice to just get work done in the backseat, or call a friend. I had a really low Uber score when I was living in Sydney because I worked on the 12th story of a building, and by the time I got down there, I was always late. I had a very high cancellation rate. I think I’m now up to a 4.8. However! My boyfriend and I are going to get a classic Mustang for a weekend car, for if we want to go to Santa Barbara, or if we’re driving to a friend’s wedding. My dad’s very into cars, and he would love for me to tell him that I’m renovating the car myself with all the parts and all the moving pieces, but we found a guy on Instagram. He has a specialized car shop; we picked the colour and the interior, and he’s doing the work at his specialty car shop.

In San Francisco, I rent, and in Los Angeles, I own. The Los Angeles move was more of a strategic long-term move. I really like architecture in Los Angeles, and you can find really interesting spots there, whereas San Francisco felt pretty priced out. My place is an historically protected house; it’s an older, modest two-bedroom with a big backyard. It’s in an area called Whitley Heights, which is just kind of two cul-de-sacs. A lot of the neighbours are interior designers and architects. It’s nice to have an investment property in Los Angeles that’s not tied to tech in any way. It is nice to diversify your risk. Los Angeles has many other industries outside of tech, and I wanted to buy in a city that was quite different from San Francisco.

Still, I feel like Silicon Valley and Hollywood have come together in a stronger way over the last few years. Some of the most successful venture capitalists that I spend time with are The Chainsmokers and Serena Williams; influential people that are not classically trained investors or people that studied finance. When founders are just getting started, they put their personal life on hold. They put all of their eggs in one basket, which is an idea. And it is really cool to emerge from that and spend time with influential people from different industries and really learn alongside folks that you would love to meet, let alone work with on a daily basis. 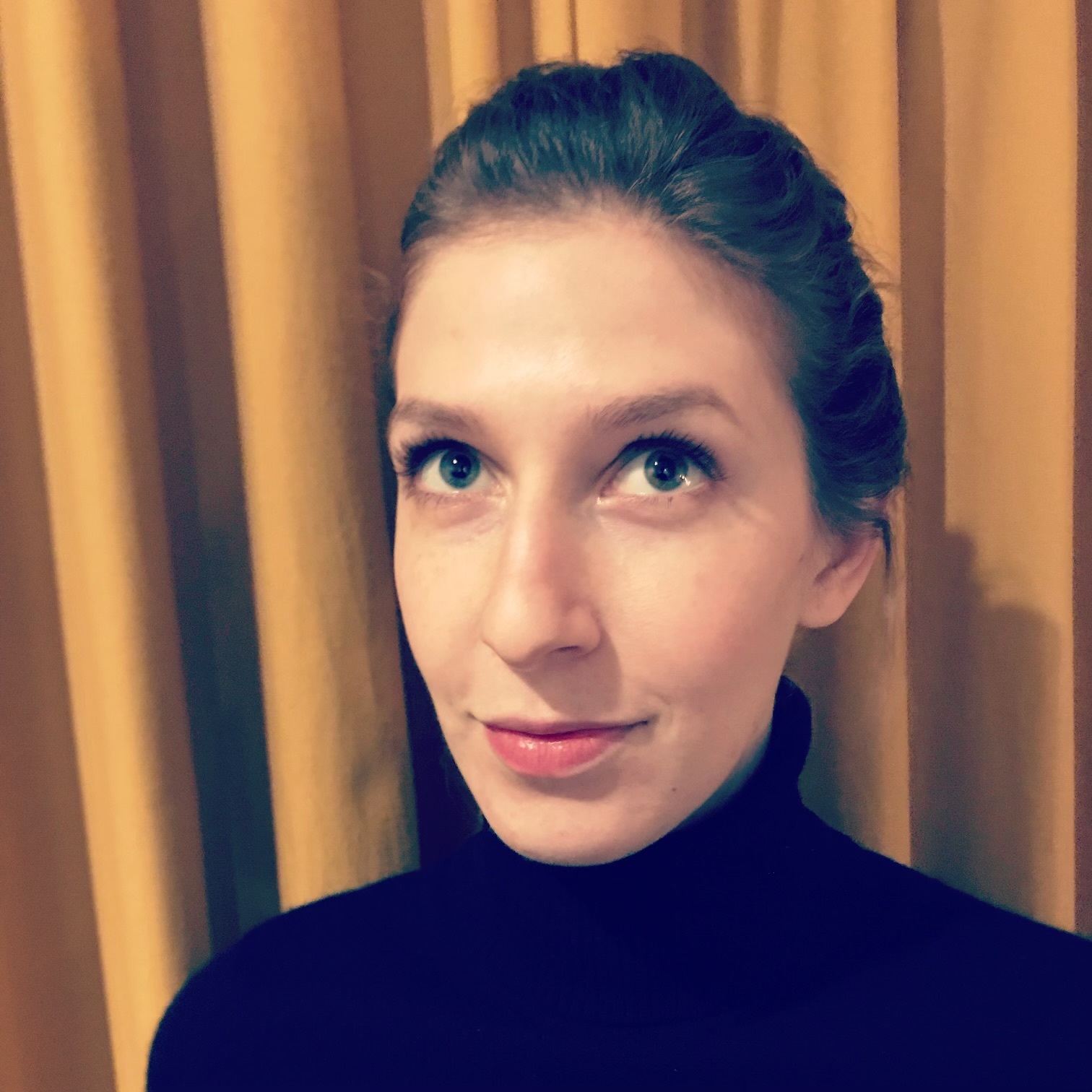 Anna Peele is a writer in New York. She has published features in Vanity Fair, New York Magazine, and The Washington Post Magazine.