I was born ambitious. When I was four, I told my mom I was going to be rich one day, and live in California in a house built entirely of popsicle sticks. My mom was pretty supportive of me. So supportive that even when I was expelled from elementary school for bad behaviour, she took my side in the whole thing. But when I told her, at age 17, that I was going to drop out of high school to play poker, she was not at all excited. My dad understood a bit better — he’d grown up in poverty and became an electrician, so he understood what it meant to be self-made and to take a winding path. He had a little more faith that it would be okay.

Early on, it was really clear that I could read body language better than most. As a teenager, I’d sit on a bench in the mall and watch people walk by, creating stories about them in my mind based on their facial expressions. I just tapped into that ability. Now, I study game film. I’ll watch tape of my opponents playing and look for specific cues that become patterns. Okay, when he extends his arm fully and there’s no bend in the elbow, that means he’s bluffing. Subtleties like that. And I’ll look intensively at the data, too. You know, in this situation, my opponent bet 73% of the time. The game is about understanding how to counteract or exploit that.

When I was 16 or so I started playing snooker with my friends at our local pool hall in Toronto. There, we were surrounded by talk of gambling. One night, one of the guys said he was going to go play poker at one of their houses. I barely knew what poker was, but I had $10 with me so I went. That money lasted about 15 minutes. I spent the rest of the night watching them play all kinds of wild variations on the game — Follow the Queen, and Kings and Little Ones, just weird stuff. I started going once or twice a week and wondered, why are the same guys always winning if this is just luck? I started to study it like it was a puzzle. I love learning, and every little thing I learned felt like progress, and I really enjoyed that.

I knew I was going to make mistakes. That’s life. To me, the mistake is learning nothing from those mistakes.

Eventually, I started hosting the games in my parents’ basement and I gradually began to dominate the scene in Toronto. I treated it like work: I played in charity casinos that travelled to venues like bowling alleys and restaurants. The games began at noon, so I’d play Monday to Friday, noon to 8 p.m. I was a teenager, and I was essentially putting in a 40-hour work week — it worked out to about $45 an hour. I’d had jobs before that; I was a sandwich artist at Subway for a while. But once I hit the circuit, I didn’t need other work.

A few years later, I took $3,000 and went to Las Vegas for the first time. I strode into the World Series of Poker thinking I was hot shit. All of a sudden, I’m throwing punches and usually, back home, people just eat up the punches. But these guys, they punched back. One night, I was sitting around a table with seven other guys and it was 3 a.m. I’d lost every dollar, and I went to the washroom to wash my face and catch my breath. When I came back, the table was empty; the guys were gone. Professional players don’t stick around a table when there are no casual players they know they can beat, because there’s a seat fee and nothing in it for them. In that moment, I knew I was the sucker. I went from thinking I’m the best to whoa, no, there is a lot to learn. And there always will be.

Two years after that, I started playing the professional U.S. tour, travelling to Foxwood, Connecticut; Atlantic City; Los Angeles. I won a tournament at each stop that year. They began to call me Kid Poker, since I was the new hotshot kid on the block. But still, once the tour came back to Las Vegas for the World Series, I found myself with barely enough float to be a serious contender. But I said, nope, I’m doing this. And I won the whole thing. I went from a bankroll of about $2,800 to $170,000 overnight.

In 1999, I made half a million dollars and by the end of the year, there was no money left. I watched players I really admired building up a big bankroll, playing super-high stakes, and then they’d do drugs and get drunk. A week later, they’re asking me to borrow $500. And I’d think, you won a million dollars two weeks ago and you need $500?

That money was gone real quick. I made a lot of mistakes. I loaned the wrong people money, staked the wrong people. Made my own dumb mistakes, playing drunk and high. At home, in Toronto, my lifestyle was decent. Because I lived at home with my parents, I had cooked meals and structure. When I went to Vegas, everything changed. Suddenly, I’m playing until 4 a.m. or 5 a.m., getting drinks after that and going to a strip club. When you leave, the sun is bright in your eyes, and it’s somehow time to get some sleep. In 1999, I made half a million dollars and by the end of the year, there was no money left. I watched players I really admired building up a big bankroll, playing super-high stakes, and then they’d do drugs and get drunk. A week later, they’re asking me to borrow $500. And I’d think, you won a million dollars two weeks ago and you need $500? They really did everything right, until they didn’t. I also knew I didn’t want to be 50 and paying my rent grinding it out on the table. Before big events, I’d get to bed drunk at 7 a.m., after playing all night, and then play at noon and just not be there. I knew something had to change. I just began to think, okay, this is not working. Where do I need to plug the leaks?

I created rules for myself. Do not drink at all the night before an event. Do not socialize with people. Bring a suit, because that’s what I wanted to wear for the final table. I started to plan for success. Most people planned to leave before the tournament was over; I stopped booking my flights early. I knew I was going to make mistakes. That’s life. To me, the mistake is learning nothing from those mistakes. I had to get things in order.

The formula I implemented began to work fast. By 2002, I made a couple million dollars playing cash games. But the end of 2004 was when things really took off. I won the World Series that year, and won World Poker Tour player of the year. I won $4.5 million in tournaments, which had never been done before. I was king of the hill at that point, unquestionably the best in the world.

All in, I’ve made about $45 million in winnings. But I don’t know a lot about money, I’m not materialistic. I look at a $300,000 watch and think, what a scam! My Apple Watch costs $200 and can do so many things. A luxury watch like that can only tell time. One thing I realized, though, was that when you have money, you just get extra money. Like, lots of it. My agent said, why don’t you put some money away? So we got a Morgan Stanley account. And I said, so you’re telling me I just put $5 million in that account and then every year, they’re going to give me like half a million dollars more? What? How is that fair? It just doesn’t feel right.

In poker, calling someone lucky is an insult. What they’re saying is, you’re intellectually inferior. You’re not smart. The only reason you’re here at the table with me is luck. There’s a quote I like, and it’s cheesy, but I like it. “The harder you work, the luckier you get.”

Around 2010, 2011, I fell in love. I bought a ring, and I was going to marry this girl. She wasn’t ready for marriage, and it didn’t work out. And I remember being distraught, just devastated. It really affected my game. For the next couple of years, I was still among the best but I wasn’t at the top anymore. One day, my agent and I were golfing and he suggested I do this workshop on emotional intelligence, and I thought, okay, cool, I don’t know, it sounds fun, whatever, I’ll do it. And it helped me realize how much that relationship failing had affected my confidence across the board. I told my coach at the time that I wanted to set a goal of getting back into the top 15 in the global poker rankings. He said, no, we don’t do 15 around here. He told me he wanted me to get back to number one. I said, do you know how hard that is? I had all the reasons ready for why I couldn’t do it. Three months later, I was number one again.

In poker, calling someone lucky is an insult. What they’re saying is, you’re intellectually inferior. You’re not smart. The only reason you’re here at the table with me is luck. And if it wasn’t for luck, I would destroy you because I’m better than you. It’s a way to demean people. There’s a quote I like, and it’s cheesy, but I like it. “The harder you work, the luckier you get.” Listen, I won the gene lottery. I had great parents. And I’ve put myself in positions to be lucky. People say, oh, you’re so lucky, you got sponsorships, you made all this money after tournaments. But they don’t see the years before that, where I was at The Mirage, walking back to the budget suites motel with $7 in my pocket, wondering what I’m going to do next because I just lost it all. People can call me lucky all they want, but the results keep coming up every single year. I’m still doing it. So sure, maybe I’m a little lucky. That woman I used to date? She’s upstairs. She came back two years ago, and I gave her that ring. 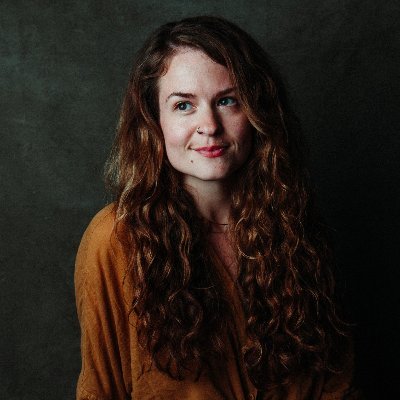 Katherine Laidlaw is an award-winning journalist based in Toronto. She writes for WIRED, Outside and The Atlantic, among other publications.