I was actually hired to play a nurse on “Friends.” My hair was short and I wore these little glasses on my nose and I was kind of a tough nurse. And this is very unusual — they called me back to audition for this character of Joey’s agent.

But let me give you some context. The first time I went on stage was at PS 114, in the fifth grade. I was upset because I wanted to play the ingenue, the beautiful romantic part, but I got cast in this wacky role. I remember, after my disappointment and anger, I went to my mother’s closet and picked out this ridiculous hat with flowers on it and silly-looking shoes and an awful purse and I put makeup on my face. And then I developed this crazy little character. I would come out on stage and, of course, do all the mugging in the world; I crossed my eyes and looked at the audience. They screamed with laughter and applauded every time I exited or entered.

That first experience telegraphed to me the kind of life I would have in the business. It was the beginning of playing these little supporting characters but being able to create them — the kind of wild, comedic choices that I could make.

A show like “Friends” changes everyone associated with it. But it’s not instant wealth, and even those wonderful six actors, you know, they’re still working.

I graduated from Carnegie Mellon just before my 21st birthday. I was 20 years old and I was just full of myself. The first play I did was “MacBird!” I saw the audition listed in Backstage; in those days, everything was listed, and I lied. I went to Circle in the Square Theatre and they said, “Well your name is not on the list.” And I said, “My agent just called me…” I had no agent. I was very, very young and naive, and I lied through my teeth. But I auditioned and got that part. I got it because I could play the older woman, Lady MacBird, and I could play the young character, the Beatnik Witch. As a character actor there is no emphasis on youth and beauty. You’re always working.

I started making money when I did “Candide” and got nominated for a Tony. You make a couple hundred dollars a week. And that actually was pretty good in those days, especially for off Broadway. Katharine Hepburn came to see me and came backstage. She said to me, “Dear, if you live long enough and you survive, they will revere you like a rather old building.”

I was brought out under contract by NBC. What they did in those days was, while they were trying to make a series for you they would pay to keep you off the network. They paid many thousands of dollars just to keep you from working. They were trying to turn me into a commodity, because that’s what television does. The money was great but it was very hard to pigeonhole me. I did a lot that never saw the light of day — television pilots that were made and discarded, and movies. I’m very grateful for television, but it never had as much meaning to me as the theatre. I would always rush back to New York even to work for nothing, or work for a smaller amount of money, to do the thing I loved.

As a character actor there is no emphasis on youth and beauty. You’re always working.

In 1983 I quit acting for a while. I was fortunate that I had enough money from television and theatre that I could just walk away and go to India and study yoga. When I got back, my agents were hysterical, so I immediately went back to work as an actress.

That’s when I auditioned for “Friends.” When they asked me to read for Joey’s agent, I came in as myself, in a suit with my hair short, no makeup. And they said, “June, this is boring.” They said, “Go away and come back and do something crazy!” So, just like how I went into my mother’s closet in the fifth grade, I went away and got this huge Dolly Parton wig and put on these awful eyelashes and these long, six-inch nails. I got the idea to smoke cigarettes, and I brought a big corned beef sandwich with me. People were staring. At the end of the audition, I took the cigarette and put it out in the sandwich. They fell off their chairs. And that’s how I got that part.

You have to understand what a phenomenon that show was. All six of those people, very nice people, became some of the most famous people anywhere on earth! And anyone associated with that is going to be touched by it. I’ll get recognized by tourists from Japan. A show like that changes everyone associated with it. But it’s not instant wealth, and even those wonderful six actors, you know, they’re still working.

Katharine Hepburn came to see me and came backstage. She said to me, “Dear, if you live long enough and you survive, they will revere you like a rather old building.”

I owned a little yoga studio in Hollywood at the time. It was cheap back then, I found this wonderful place that wasn’t expensive and it was large. A friend of mine was dying of AIDS and I began working with many people in the industry whose health was failing, people with AIDS and other physical problems. It wasn’t just yoga. It was a real passion to work with people, in many cases, who were dying. We formed a group and we went from bed to bed in hospitals and clinics and we helped people. I was on a schedule of death. And all during that time, I was on “Friends.”

I was in a total of ten episodes, and as soon as “Friends” ended, I retired. When I retired, I stopped doing yoga on the side, too. The man I loved was very ill and I wanted to be able to take care of him. I was very fortunate because of the Screen Actors Guild that I could afford to do that. When I was young, I paid dues to the union. I’ve never done a non-union job. When you got a cheque, whether you worked in the theatre or the Screen Actors Guild or movies or television, you paid a percentage of your salary into what you would get later. Certain things we paid went to indigent actors. Most actors rarely have a professional job. So you get your paycheque and you think, Oh God, look at all the money they took out. But really, that comes back in retirement. I get three pensions now, and I’ll tell you what, that is a great blessing. Boy, those unions are fabulous.

I also get residuals. But it’s not like what people think. It’s a very complicated formula, and it goes down every year. I don’t get rich off them. It used to be; if you even did a reading for a producing company, you’d get something back for it. And every time a show or movie that I’ve done airs, I get a residual cheque. “Friends,” which is sort of like “Seinfeld” in the sense that it’s extremely popular, is running all the time, I think even more than any other series. I see it on so many different channels. Every time that show runs, you get money. It varies from month to month, year to year. And then, as time goes on, those residual cheques become less than the year before.

I was in a total of ten episodes, and as soon as “Friends” ended, I retired.

It’s really interesting to look at the economics of acting now. It’s really changed. All of these venues don’t pay any or very little residuals. They’ve got different deals and you don’t get what we had working on national networks. Even the national networks have changed; a lot of stuff they’re doing just isn’t viewed the way they used to be viewed.

I recently did a movie for Netflix with Adam Sandler. We were shooting all over Long Island and I had a great time working with him and Steve Buscemi and Chris Rock. I didn’t realize that when you sign that kind of contract as an actor, you don’t get residuals. I may never see a dime in residuals from this movie. Isn’t that amazing? I still would have done it because I love those actors, and I had a great time — I had a full summer of employment where we had a ball.

You see, times have changed. I consider myself lucky because everything that I paid into I’m getting back now.

I invested in real estate in upstate New York. I fell in love with the area when I got back from India. I found part of a farm — it’s beautiful with wildlife like I’ve never seen, even bears coming up to my door — and I said, this is where I am going to build a house. I designed it myself exactly as I knew would make me happy. It’s just me; it’s not a huge place, just an old-fashioned log cabin feel with one of those big old porches with huge beams where you can sit and look at the beauty of nature around you.

In the ‘80s, I received an offer to do a book. They’d give me $500,000 to name names. There are always choices you make: do you want to go for the big bucks or do you want to be a good person? It’s very difficult to say, I know I’m going to be OK. I have been lucky enough to be the kind of person who had the option to make a lot of money and then said, No, I can’t do this. And I needed the money in those days. But what you need most isn’t that one big break. It’s consistency. 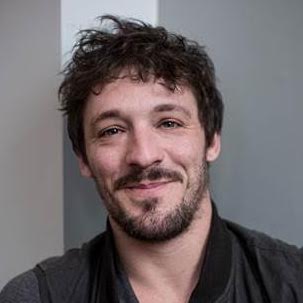 James Pogue is a contributing editor at Harper's Magazine and the author of Chosen Country: A Rebellion in the West.