A secretive group of elite US Army soldiers, under the command of a senior general with access to the full panoply of NSA surveillance technology, steals $2.4 billion of cash in an audacious and bloody attempt to stage a quasi coup in the USA. The money will be used to fund the presidential election campaign of one of the team members, a violent war criminal, while the NSA information is used to gain oppo intelligence on anybody foolish enough to run against him. The path to the Oval Office is dangerous, but clear. Their plan: once elected, the president will essentially dismantle the entire US military apparatus.

That’s the premise of Undermoney, the new thriller from former hedge fund manager Jay Newman. What’s different about this thriller is, first, that group of US Army soldiers trying to buy the presidency with stolen billions? They’re the good guys. And second, this one is written not by someone with intimate knowledge of intelligence services, but instead by a person who spent decades in some of the least savoury parts of the financial world. Jay Newman is arguably the world’s most successful “vulture” — a man who made his millions in a way that’s outlandish even by Wall Street standards. Newman spent most of his career working for the most notorious vulture fund in the world — Elliott Associates, founded by Republican billionaire Paul Singer. A vulture fund buys up defaulted sovereign debt for pennies on the dollar, often from very poor countries, and then uses legal strategies in London and New York courts in an attempt to be repaid at 100 cents on the dollar or even more. Newman repeated that infamous trade multiple times in multiple countries. He’s also a person who knows first hand just how dirty the real world of finance can be. So when I heard about the book, I was interested – and once I polished it off, I gave him a ring and began with a simple question: The real financial world can’t possibly be as unscrupulous and amoral as the world depicted in his novel, right?

Let me first explain why the kinds of trades Newman became known for are twice as crazy as what a normal investor might take on. For one thing, the bonds that vulture funds buy have already defaulted. That means the bonds aren’t paying any interest payments to bondholders like Newman. That automatically puts them out of scope for most bond investors, who buy bonds for the express purpose of being able to receive interest payments.

The other complicating factor is that the debtor is a sovereign, which means the issuer is a nation, which also means there’s no higher authority to whom to appeal who might force the country to make good on its loans. If you take a country to court, the best case scenario is that you win — which means you are now in possession of a court judgment, which is a piece of paper saying that the country in question owes you a certain amount of money. Well, you had that already, and it didn’t do you much good. These difficulties are why the debt was cheap (Newman could buy it for pennies on the dollar). But it also meant that extracting any money often required decades of tireless work involving some very shadowy characters. Amazingly,  eventually he often won, most famously against Peru and then against Argentina.

And it also meant he had a window into just how corrupt a lot of the world really is — indeed, Newman once even brought racketeering charges against a French bank in an attempt to collect on a Congolese debt. A different vulture investor told me once of how he was thisclose to getting paid off on a huge and elaborate scheme where he’d bought up thousands of defaulted bonds from individuals and tried to get them all paid off at once — but fell just short at the final hurdle, when the president of the country demanded a multi-million dollar kickback for signing the bill into law. Economically, paying the bribe would make a lot of sense, but also, the investor in question had a desire to stay out of jail, and the Foreign Corrupt Practices Act can apparently be a bitch that way.

"The richest people on the planet are criminals and the leaders of countries — I use that term loosely because they’re criminal enterprises that are masquerading as countries."

The reason a guy like Newman is so well-positioned to write a thriller (and to explain the dark way the world of money actually operates in the borderless financial world) is that one of the main parts of any vulture investor’s job is to find hidden assets that can be seized by a court in London or New York. That involves learning a lot about financial secrets.

“Forbes is missing fully half of the world’s billionaires,” he tells me. “The richest people on the planet are criminals and the leaders of countries — I use that term loosely because they’re criminal enterprises that are masquerading as countries. Russia, China, Iran, most of Africa. These are not proper sovereigns, even though they might have trappings of democracy. They’re criminal enterprises. There hasn’t been a Mexican president that hasn’t been in bed with the mob.”

One of the things Newman reminds me of is that if you’re a head of state, you have no shortage of opportunities to turn your power into money. Just look at the way the oil and gas markets reacted to Russia invading Ukraine — anybody with advance knowledge of Putin’s actions could make a fortune in the markets, just like they could in the early days of the pandemic, when Putin unexpectedly raised oil production in the face of demand that had fallen off a cliff. That action sent the price of oil plunging. Sure, he might have lost money on any given barrel of exported oil, but how much might he or his cronies have made on derivatives transactions if they knew what he was going to do? Newman understands how such trades work: A lot of his book is centred on a hedge fund that positions itself to make billions when global news events move markets. Naturally, in order for such a strategy to be successful, it helps to know about the news before it happens.

“Rough arithmetic says maybe half the world’s wealth is unconstrained by the rule of law,” says Newman. “That’s a really scary prospect.” His novel is full to bursting with people who act with utter impunity and have no fear of law enforcement — old money, new money, hedge fund money, head-of-state money, even (especially) mercenary-for-hire money. Think of it as Bridgewater meets Blackwater. All of it measured in the billions: The $2.4 billion stolen at the beginning of the book starts to feel like a rounding error later on.

We real-world law-abiding chumps occasionally get a glimpse of that money, through a glass darkly. Newman pointed me, for instance, to a Financial Times report in February. Credit Suisse, the troubled Swiss banking giant, was securitizing an $80 million portfolio of loans backed by megayachts, “to offload risks associated with lending to ultra-rich oligarchs.” The securitization came just in time: One slide explained that a third of the defaults on such loans in 2017-18 were “related to US sanctions against Russian oligarchs.”

Yachts are a perfect place for billionaire outlaws to store their wealth. Not only can they (in theory) be sailed to a friendly jurisdiction at any time, they can also be monetized via banks like Credit Suisse. That kind of financial maneuver is usually cheaper than selling assets and being liable for capital gains tax. But in this case, says Newman, the oligarchs were essentially bribing Credit Suisse by taking out loans they didn’t need. The quid pro quo: If you extend to us this highly lucrative loan, we’ll happily pay you back in full just in return for your imprimatur. After all, once you’re a customer in good standing of Credit Suisse, you can move almost any amount of money anywhere you like. And if Credit Suisse does freeze your accounts, well, you just won’t pay back the loan.

For a lot of shadowy billionaires, says Newman, the one thing that it’s very hard for money to buy is a bank account at a reputable institution. A major trial recently wrapped up in New York, where Tim Leissner, a former Goldman Sachs banker — and ex-husband of Kimora Lee Simmons — testified about the way in which he got the bank involved in a multi-billion-dollar fraud scheme orchestrated by a young Malaysian hustler named Jho Low. Even after Goldman made $600 million in fees from Low’s bond deals and got a meeting with Lloyd Blankfein, the Goldman CEO, Low still couldn’t open an account with the bank. That’s why so much effort and money, as Newman shows in his book, is spent on laundering criminal money to the point at which it becomes acceptable to major international financial institutions. Maybe Jho Low should have asked Credit Suisse to finance his yacht.

In Newman’s book, it’s not necessarily the overt criminals like Jho Low who are the most terrifying. Newman is sympathetic to his coup-adjacent protagonists, who are also the most dangerous individuals in the whole novel.

Newman is self-aware enough to realize the murkiness of the waters he used to swim in, even as he proclaimed himself atop the moral high ground. One ultra-shadowy billionaire in the book has some hard-earned advice for her daughter on page 343. “People who think they have a moral claim to money are always more dangerous than people who just steal it for ordinary, venal reasons,” she says. “Thieves, I can work with. They are predictable. It’s the idealists who terrify me. They’ll stop at nothing.”

Having spent many years covering vulture funds, I can attest that nearly everybody in that world considers themselves to be on the side of truth and justice. Certainly, Jay Newman does: As far as he is concerned, he was just standing up for the rule of law. “I’ve been an enormous beneficiary of the rule of law, and I have no hesitation invoking it,” he says.

Newman’s book, however, paints a world where no one is clean. No noble intelligence officer swoops in to save the world from the dastardly plot, and the Russian mercenaries literally get away with mass murder. It’s a bleak vision. But it’s also probably closer to the truth than most of us would like to believe. 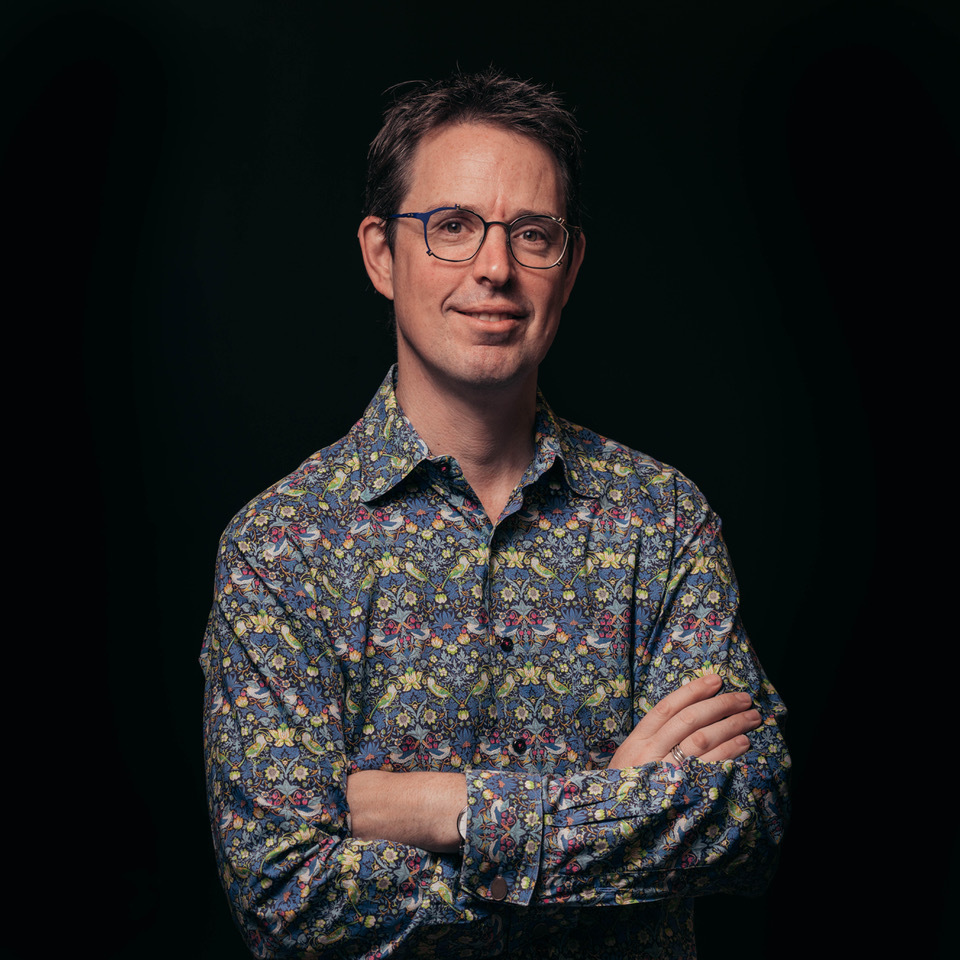 Felix Salmon, the chief financial correspondent at Axios, is an award-winning writer, editor, and podcaster. The host of the weekly Slate Money podcast, he was previously the finance blogger at Roubini Global Economics, Condé Nast Portfolio, and Reuters.

The content on this site is produced by Wealthsimple Technologies Inc. and is for informational purposes only. The content is not intended to be investment advice or any other kind of professional advice. Before taking any action based on this content you should consult a professional. We do not endorse any third parties referenced on this site. When you invest, your money is at risk and it is possible that you may lose some or all of your investment. Past performance is not a guarantee of future results. Historical returns, hypothetical returns, expected returns and images included in this content are for illustrative purposes only.